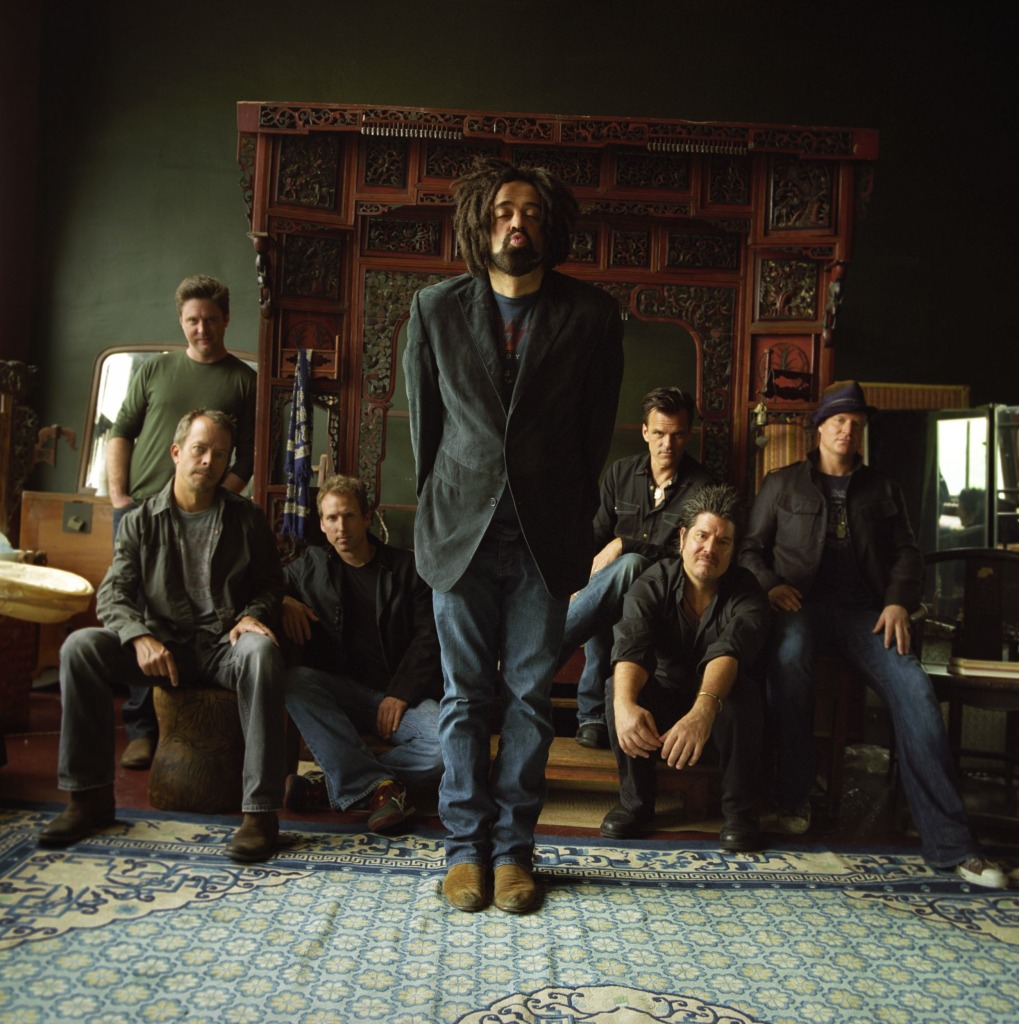 When Adam Duritz started writing lyrics for the new Counting Crows
album “Somewhere Under Wonderland,” he almost didn’t recognize
the person or the meanings behind the words that were landing on the
page.

“It’s weird,” he said in a recent phone interview. “I didn’t
understand these songs the way I have always understood my songs.
[Before] I had a gut feeling. I knew what they were. I knew how good
they were right away. But, these ones felt like much more of
impressionist stuff, like expressing stuff on a much broader level,
all kinds of stories and imagery and stuff I’d never gotten to use
before when I’ve just been writing about myself in a room.”

It wasn’t until after the songs were recorded that Duritz came to gain
better insights about what was happening in his lyric writing. One day
he was visiting a friend and fellow songwriter, Dave Godowsky (who
often records under the name John Shade) and Duritz commented about
feeling the songs were “weirdly less personal” and maybe that was why
he didn’t understand them.

Godowsky’s response startled Duritz at first. He found the new songs
to be much more personal. Duritz picked up the conversation from
there.

“‘I think you’re looking at the songs wrong,’” Duritz said, quoting his
friend. “‘I think you’ve been writing these stories in this long-form
epic tragedy about you being crazy and how it fucks up your life.
That’s interesting and you’ve been writing this long-form version of
that for years.’ But he goes, ‘That’s not all you are.  You don’t walk
around all day depressed, moaning poetically. That’s not who you are.
The truth is you’re funny, too, and have dumb jokes and you think of
bizarre shit all the time. And, like these songs, [that is] more like really
what it’s like to spend a couple of hours inside your head. They’re
full of dumb jokes and it’s full of like really vivid, bizarre imagery
and they still have this emotional weight to them.’”

Duritz quickly realized Godowsky was on to something.

“It’s really kind of true,” Duritz said. “It was parts of myself I
hadn’t necessarily felt comfortable (before) projecting into songs.”

As Godowsky’s observations suggest, Duritz, over Counting Crows’ six
previous albums, became famous for writing serious, autobiographical
lyrics that have examined his life, his relationships and the factors
that form his personality and behavior.

One of the factors that influenced his life and writing was a mental
illness called dissociative disorder. The condition, which was
diagnosed about a decade ago, caused Duritz to feel detached from
reality and unable to feel connected with other people.

A new regimen of medicine and therapy has gotten the disorder under
better control. But Duritz saw the damage he had done in his life and
how songwriting fit into the equation.

“Even when shit went terribly wrong in my life, I could always write a
song about it,” Duritz said. “It didn’t fix it or anything, but it
still was like, it gave value to those years when I was very upset
about the way things were going…But I think I got very frustrated with
the fact that without meaning to, without it being something I did on
purpose, in a way, I was trading people for songs, because I had a lot
of people of great value in my life and I let them fall out of my
life. And they’re gone.”

This realization caused him to basically stop writing songs for a time
– at least ones about himself or his life.

What he did do was write songs for a play, ”Black Sun,” which was
presented in 2011 at the Ojai Playwrights Conference. Meanwhile, when
the Counting Crows returned from a two-year hiatus, Duritz wasn’t ready
to write for himself, so the Counting Crows made an album of cover songs,
“Underwater Sunshine (Or What We Did On My Summer Vacation).”

He thinks the covers album might have something to do with why his
lyric writing shifted.

“I do think there’s something to that, seeing the way other
people use words and how (many) more words they use and how much they
use all this imagery I’m not using yet,” he said.  “And on this record
I seem to have used a lot of things I have not used before.”