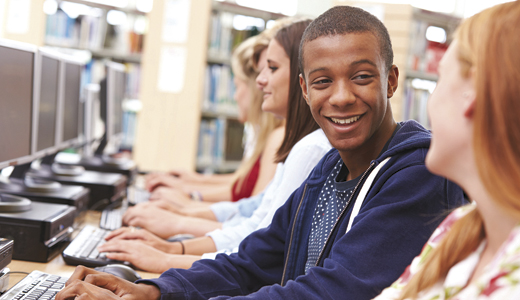 Campaign season is fully upon us. In our annual election ritual, some of our politicians have renewed their cry that they are “for education.” Really? Who is against education? But, nonetheless, they will wrap themselves in a comforting cloak that promises that if only we spend more money, then everyone would read, write and attend Harvard. If only we elect the newest, greatest, most well-meaning progressive, every child will enjoy a premiere education and all will be right in fantasy utopia. Don’t you just feel better thinking about their utopia? To hell with reality. But in my view, insanity is doing the same thing over and over again but expecting a different result.

Our public school system is failing scores of our children. Of the 137 Jefferson County public schools tested, only 43 were deemed proficient or better. Put another way, 94 of our 137 public schools are NOT proficient. And make no mistake — proficient is hardly a high standard. Only in the government can disastrous results such as these lead our politicians to proclaim that modest improvements over last year indicate that we should stay the course.

According to the Huffington Post, the United States tops the world in spending per student on their education. However, we routinely trail many countries in our students’ performance. According to a 2011 Department of Education report, the average reading score for eighth-graders attending United States public schools was 19 points lower than the overall score for U.S. students attending private schools. A recent Brookings piece indicates that the average Catholic school cost per elementary student was approximately $6,000, whereas the average public school spending per elementary student was approximately $12,000. Lack of money is not the problem with our public schools, and allegedly incompetent teachers are not to blame.

Our poorly performing public schools are a direct consequence of the decline of the family foundation. Since the 1960s, when radicals and the intelligentsia began to attack the traditional foundations of American society, progressives have sought through political correctness to force us to ignore the fact that statistically, children do better if they are raised in a home with a mother and father. Certainly, children from non-traditional families can and often do thrive, but it is more difficult for them. The poor performance of our public schools is exacerbated by the lack of respect for authority. This unfortunate trend to denigrate the traditional stalwarts of American society has contributed to a lack of respect for teachers by many students and some parents. Rather than the teacher almost always being right, we live in a society where the teachers are often the targets of abuse, threats and intimidation. The problem is not with funding or teachers; the problem is with us. Our public education system is merely a reflection of the decline of America caused by a devaluation of the Judeo-Christian foundations of our republic.

Most importantly, charter schools give a choice to parents and students who do not have the financial means to attend a private school. Parents have the opportunity to put their children in an environment where other children strive to learn. Parents have the opportunity to obtain the benefits of a private school educational experience through a charter school. It is foolish and cruel not to nourish the best and brightest among us who happen not to have the financial ability to escape our often failing public schools. Give parents and students a choice about what is best. Give students an opportunity to reach their maximum potential. Do not curse those that want to maximize their potential by not giving them another option besides the all-too-often failing public school. Our children deserve better. Opportunity should not be limited to only those that are financially blessed.

The elites fear school choice because deep down, below their dreams of a fantasy utopia, they know that rational people making choices in the best interests of their beloved children will chose opportunity over quagmire and failure. But in the end, should not it be the parents and students who choose — not the elites who proclaim to know better than we do what is in our best interests?

Brian Butler is a graduate of the University of Kentucky and Notre Dame Law School.  He is a former United States Navy J.A.G., Assistant Commonwealth and Assistant United States Attorney. Currently, he is an attorney in private practice in Louisville.