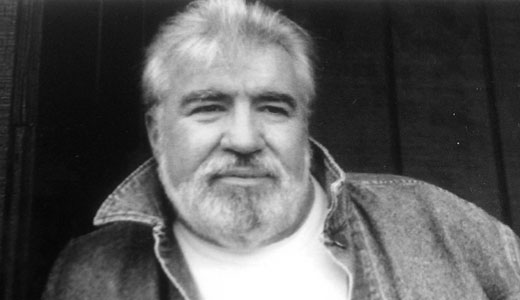 It is a summer night somewhere in Louisville, sometime in the 1960s or ’70s, and a party is in progress. A rock ’n’ roll band — the Sultans? Epics? Monarchs? — is working through its set of dance music, and young couples are working up a sweat doing whatever the current dance craze happens to be. Romance is in the air, thick as the cigarette smoke and sweet as the cold beer, and then comes the moment everyone has been awaiting:

“And now put your hands together and let’s welcome … Cosmo!”

And there he is, our very own king of rock ’n’ roll, already wiping the sweat off his forehead with a white towel as he turns loose that incredible whiskey voice on “High-Heeled Sneaker” or “Hold On, I’m Comin’,” or maybe even one of his hits, something like “You Got Me Goin’,” or “I’m A Little Mixed Up” or one of the others that topped the local charts but never went national.

Say what you will about J.T. “Cosmo” Cosdon — and everybody who ever met him has a story or three — the boy could flat sing. He was a white guy who sounded black, which is why he was the only white entertainer allowed to perform in The Cherry Club of Lebanon, Ky., the black nightclub where Little Richard, Tina Turner and others made stops on their way to international fame.

Cosmo, who passed away on Sept. 6 after a long illness, was a consummate showman, a natural entertainer who could work a room with the best. He sang sweet love songs for the ladies and hard rockers for the guys. In his early days, when he was fronting The Sultans, he wore a gold lamé Nehru jacket. But in his later years, he would usually just show up in a black shirt. No costumes or tricks for him. Just good ol’ rock ’n’ roll, soul and rhythm ’n’ blues.

As rock singers go, Cosmo was not what you would call a pretty boy. He wasn’t tall, and his body expanded through the years to where he couldn’t really get mad when somebody would call him “the round mound of sound.” He also grew a beard that turned from gray to white. But looks never mattered when it came to Cosmo. It was all about the music and the show.

Truth be told, a lot of guys wanted to be like Cosmo. He saddled a horse in the 1969 Kentucky Derby, for heaven’s sake. After he gave up training, he still hung around the horse business. He worked awhile as a jockey’s agent, then spent some time as a bloodstock agent. For a guy like Cosmo, the gypsy-like lifestyle of the racing game was perfect. He loved the action and the hustle.

But mostly, the reason a lot of guys secretly envied Cosmo was that he always was his own man. Unlike the majority of us, he rejected the 9-to-5 life so he could be his own boss, beholden to nothing except the sometimes erratic beat of his own drummer. He never got rich, or even close to it, and he didn’t care. All it took to make him happy was a pretty woman on his arm, a wad of cash in his pocket and some good whiskey to wash down the laughs.

The closest he came to the business world was when he owned and operated The Head Rest on Frankfort Avenue. It was Cosmo’s own honky-tonk, a refuge for musicians, hippies, street people, jaded journalists and lonely hearts until he had to close it because the neighbors didn’t like the noise.

When Cosmo began his career in the late 1950s and early ’60s, every town in the nation had a kid or a band that wanted to be the next big thing. He got close, ever so close, but something always happened to keep him in Louisville, where he was the darling of WAKY and WKLO back when those stations were playing the local artists over and over.

Louisville will not see his like again. Society has changed too much. Much of what passes today for music is an affront to Cosmo’s version of “Summertime” or “Unchained Melody.” Kids and young adults don’t go dancing anymore, so there’s no Gypsy Village or Colonial Gardens. Nevertheless, good ol’ rock ’n’ roll is hardly dead. It’s just on Medicare, that’s all.

As illness slowly crept up on him, his body shrank and his voice was reduced to a barely audible croak. But we will not remember him like that. We will remember him strutting across the stage, master of all he surveyed. He was a little bit of Elvis and a whole lot of James Brown.

One of his early hits was called “Take Me With You (When You Go).” Well, he has gone now and he has taken a little bit of us with him. In his honor, we should make sure the party goes on until the whiskey runs out or the saloon closes, whichever comes first.