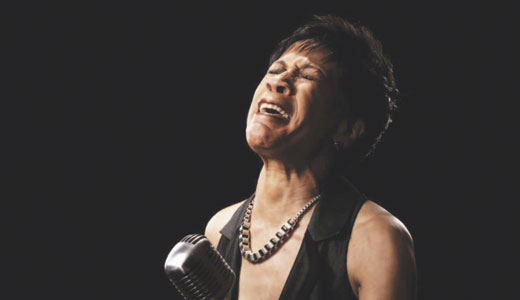 It’s enough to make you blush, this no-holds-barred autobiography from the little soul singer who could. With help from the machine-like David Ritz — who has co-written the autobiographies of everyone from Aretha to Marvin to Ray — Bettye LaVette details a life full of sordid trysts and bad luck (in life, love, career and family) that would turn even the strongest among us to bitterness.

Her late-blooming music career came after decades of effort: failed singles, shelved albums, bad management and abject poverty. Deals with Atlantic, Motown and others were signed and forgotten nearly as soon as the ink dried. LaVette never gave up; she always believed in herself, her ability, her success.

This ain’t “The Bad News Bears,” though. Don’t think for a second that Bettye has achieved some glorious finish line, full of sweeping strings and teardrops. Her third-act success is detailed in flat tones; her label, Anti-, is referred to as “(label head) Andrew Kaulkin and his tattooed elves.” Her introduction was brusque (“Wish I’d heard of you”), her accolades sometimes accepted as point of fact, other times with bitterness. Invited to a Motown dinner, LaVette couldn’t help herself: “I’d like to say that people in this room helped me get where I am, but they didn’t. But that’s OK. I’m here, I’m standing tall, and I’m going to sing you a song.”

An inordinate — maybe even a little uncomfortable — amount of time is spent on her sex life, detailing trysts with a who’s who of soul legends, many of whom are no longer around to dispute or provide alternative histories. While the publisher likely delights in this degree of dirty laundry, and so much of the world revels in the lascivious, music nerds such as myself plod along with a fixed frown, waiting, hoping for a nugget of studio time, a discussion of song choice, and the struggle for radio attention in the golden age of soul and payola. Sure, there are glancing blows at these topics, but they are far overshadowed by stories of bedding Jackie Wilson amidst clouds of blow.

LaVette’s story is extraordinary; an also-ran who achieved success late in life after coming up short every time at bat for nearly 40 years, and has been churning out some pretty great records for the last decade. She’s played with legends and performed for the president. She’s always taken success as a given, been her No. 1 fan even when she couldn’t get return calls from so-called friends and high-powered lovers.

Fame is a business that eats its young. Most would have given up for a square job and open-mic moonlighting decades sooner. Her persistence alone is worth the pages and attention. Albums like I’ve Got My Own Hell to Raise and The Scene of the Crime are modern masterpieces. Her latest, Thankful n’ Thoughtful, continues this run. It’s a shame she felt the music wasn’t story enough to tell.