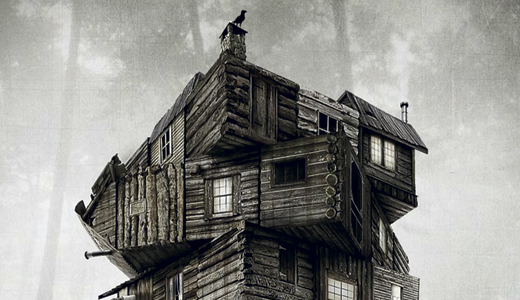 Cabin in the Woods

HALLOWEEN III: SEASON OF THE WITCH

The “Halloween” franchise is the uncontested champion of hoary fright, spawning uncountable sequels and imitators. But this particular title is The Best, even though Michael Myers is nowhere to be seen. Dan O’Herlihy shines as the grandfatherly modern-day Druid warlock who, in polite fashion, enjoys making kids’ heads explode into mounds of slimy snakes and bugs — the ultimate Halloween prank! Our kind of movie, and now available in a Blu-ray Collector’s Edition with lots of all-new bonus goodies. A must-own.

THE CABIN IN THE WOODS

The best movie of 2012! Writer Josh “Buffy” Whedon has created his masterpiece in this seeming “teen friends party in a desolate cottage” retread that morphs into not only the penultimate “teen friends party” movie, but a spoof of the genre, a sly nod to everything we love about horror films, and a tip of the hat to H.P. Lovecraft! Plus, the damn thing is funny as hell! To say more would spoil the fun for those poor souls who have yet to experience it. Just go and buy it, then watch it every day until — like Marty the Stoner — you can see the conspiracy everywhere, man.

This may be The History Channel’s best regular series to date, a look at all those things hidden from us — some in plain sight — that keep the engine of American society humming. Like what? How about what’s really in Fort Knox? Or why are government buildings (and our money) covered in mystical Freemasonic symbols? Is there really a city hidden under the White House? And what do they do with all those used condoms at the Playboy Mansion?

If you haven’t seen this breathtaking Oscar-nominated animated musical from Cuba, you are really missing a treat. Set in 1948, a pair of artists begin a wonderful, sexy love affair full of singing and dancing to a jazz score while pursuing their passions — one as a singer and the other a composer — from Havana to NYC to Europe to Vegas. A cartoon aimed at adults, but one you’ll want your children to see. A dazzler; don’t miss it.

The Duplass Brothers (“Jeff, Who Lives at Home”) once again land a small miracle of a film about siblings. A pair of grown brothers — who act like 6-year-olds when they get together (just like real brothers) — turn a family reunion into their own private Olympic battleground. Some of the events, dreamed up in childhood, include holding your breath, leg wrestling and skee-ball, which they pursue with manic commitment, completely losing touch with adult reality.

What’s this doc about? Well, on one hand it looks at the grotesquely extravagant Mexican mausoleums created for the most blood-thirsty drug lords in history. But by focusing on the life of their quiet, impoverished caretaker, you might think that this doc is about him. Ultimately, however, it’s clear that the topic is violence and how it poisons a society, a common theme on the radio that plays as he works. And by examining violence in such a peaceful setting, it has a shattering impact on the viewer.

Just what the title says: The entire Indiana Jones canon, courtesy of Steven Spielberg and George Lucas in one five-disc Blu-ray set with loads of bonus goodies. In case you’ve been brain damaged by all the political ads on TV this week, that means “Raiders of the Lost Ark,” “Temple of Doom,” “Last Crusade” and “Kingdom of the Crystal Skull.” What more could you possibly want to know? A steal at this price.

The late Joseph Campbell was an amazing intellect, one who clearly grasped that you can best understand mankind through myth, religion and art. So, after decades of study, he committed himself to a speaking tour, pulling together everything he had learned, calling it the “one great story of humanity.” These 15 unforgettable discussions were filmed and, with minimal editing, shown on PBS to worldwide acclaim. And they are now available on six discs, with slight narration by Susan Sarandon, for your enlightenment. As mind-altering as any drug; recommended.

KATY PERRY THE MOVIE: PART OF ME

As any KayPer already knows, this is a flighty doc on Perry’s 2011 California Dreams World Tour, filled with interviews, fans and concert footage. Whatever else you may think about her, you can’t deny her unbelievable energy and the devotion of — and to — those fans. Some painful intimate moments involving her parents, and that failing long-distance relationship with then-hubby Russell Brand are included, if you are brave enough.

From the director of “Super Troopers” and “Beerfest” comes this brain-dead, damn funny look at infertility. Try as he might, Paul “Water for Elephants” Schneider cannot seem to get wife Olivia “Magic Mike” Munn pregnant. The only thing to do, of course, is gather his dimwitted buds and rob the sperm bank where he once made a deposit. Do you really think this is gonna go well? Co-stars lovely Louisvillian Desi Lydic.