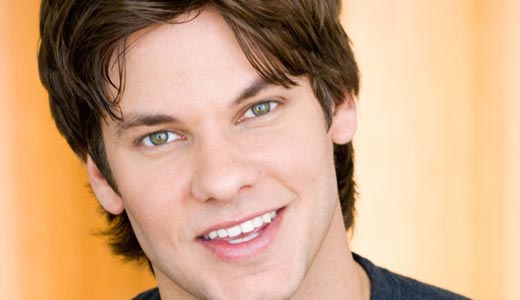 You might recognize Theo Von from his stint as a regular competitor on MTV’s “Real World/Road Rules Challenge” series. If not … you might know him as a contestant on NBC’s “Last Comic Standing.” Then again, he might also be familiar to you as the winner of Comedy Central’s “Reality Bites Back.” But in recent years, Von hung up his reality show shoes and has been focusing on life as a traveling comic. He will be at The Improv this weekend.

LEO: Reading through the influences listed on your website, where do Roy Orbison, Muddy Waters and David & Goliath come in?

Theo Von: I think everything is kinda an influence. In comedy, people are like, “Who’s your influences?” and they always name comedians. A comedian can influence your style, but I think it’s what’s in your head, or what has come into your life that will influence what you say on stage. Chris Rock and Richard Pryor are probably two of my favorites, but I wouldn’t get up there and joke about their lives.

And David & Goliath is always a cool story. I’m an underdog kinda guy. I like boxing, too … and I think David & Goliath was the first boxing match ever. I mean, it wasn’t sanctioned or anything … but they fuckin’ went at it.

LEO: In interviewing comedians, when it comes to influences, the No. 1 answer is Richard Pryor. In your professional opinion, why is that?

LEO: Being from Louisiana, do the colorful eccentricities of that region make their way into your comedy at all?

TV: I don’t go too crazy on the Southern thing. But I like Southern people a little bit better because they grab hold of what I’m talking about in the sense that everything is a little bit relative. If I tell a Southern person that I sat on a tank of gasoline at Christmas and was smoking a cigarette — and the fuckin’ thing blew up … they’ll believe me. Because in the South, people will do stupid shit like that — people will have a tank of gas sitting in their frontyard. But in a lot of other places, people wouldn’t understand what I was talking about.

The South is generally, socially a little more haphazard than the rest of the country. It’s not as buttoned-up as the East, not as awkwardly liberal as on the West — I feel like things are more believable to Southerners … and they do a lot of weird shit they don’t see as weird.

LEO: What was your experience on “Last Comic Standing” like?

TV: It was nerve-racking. I was young, I’d only been doing comedy for like two years, and I wasn’t very good at it. Not that I’m good now, but I’m better now just because I’ve worked longer at it. Comedy is like anything, you don’t get funnier, you just get better at it.

TV: I like ’em. I mean, there’s dead people on Facebook … that’s when you know you’re running a good business, when dead people love your product.

But as far as what I’m doing, in the end I think it comes down to the work you do. You can have as much Twitter and Facebook as you want, but if you’re not putting in the work, it won’t matter.

LEO: What groupies are better … MTV groupies or road-comic groupies?

TV: MTV groupies any day of the week … you cannot imagine. That’s something you miss, too; but it also distracts you from what you need to be doin’.

LEO: A lot of people who do those shows like “Real World/Road Rules Challenge” make a career of it for the rest of their lives. That’s a much easier grind than doing standup. Why not take the more cushy gig?

TV: The reality TV thing was just something that happened in my life. It wasn’t like when I was 8 years old, people were like, “What do you wanna do?” and I said, “I wanna be on an imaginary television show that doesn’t exist where they follow kids around and we win PlayStations and shit.” It wasn’t like a dream I had, it was just something that just happened; and it does get addictive. I love it, I had a good time, there’s a lot of days I miss it. There’s a lot of days when I’m not getting paid shit tellin’ jokes, where I’m like, “My life could be a whole lot easier.” I did it for five or six years, and at a certain point, I thought, “I’ve done this for a while, I need to see what else I can do, or if there’s anything else I wanna do.” And there isn’t a day that goes by that I don’t wish I was climbing a rope for $50,000, but right now, I’m not, this is where I’m at.