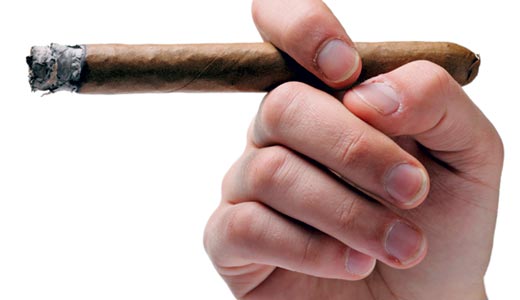 When it comes to the merits of beer, my credentials are impeccable. Beer is a vocation and a hobby. Beer is the impetus for travel, study and a lazy evening watching a ballgame on television. Beer can quench my thirst, pair with my dinner, and prepare me to endure New Albany City Council meetings. (Haven’t been to one? Trust me.)

However, there’ll always be health fascists, moralizers and all-purpose killjoys who take issue with my life’s work. Lectures will be delivered addressing the destructive effects of alcohol on the temple that is supposed to be my body, and all I have to say is that one man’s temple is another’s clean and well-lighted public house. I exercise regularly, eat better than I used to and chat with my liver on a daily basis.

They’ll accuse me of inspiring the nation’s youth to alcoholic debauchery, as I bite my lip and resist the temptation to remind them that the drinking age in Bavaria is 16, with nary a drunken youngster in sight — but hey, what’s a couple thousand years of experience anyway?

Fingers will be wagged about driving impaired, but I’m in full agreement that impaired drivers should be removed from our streets and highways, to the extent that I routinely share rides, take taxis, and walk or ride my bicycle rather than place my sorry, drunken ass behind the wheel of a car.

Nowadays, the prohibitionist hysteria runs to crazed extremes. A prominent anti-drug crusader in Indiana recently observed that if Indiana microbreweries are given the right to sell carryout growlers of craft beer on Sunday, the way will be paved toward chaotic perdition, with the overnight establishment of craft distillers and their immediate demand to dispense on Sunday.

I scratched my head in amazement. It is already illegal to sell vodka to children. Why kiddies would flock to small distilleries on Sunday to purchase designer booze that costs three times more than the major-label rotgut procured by Uncle Chester at the package store is beyond my limited comprehension.

But in all this distressed palaver over nothing at all, there is one example of a practice so utterly heinous and disgustingly anti-social that it unites drinkers and non-drinkers of numerous different, nuanced perspectives, all under one big, well-ventilated tent.

All of them agree: If Roger enjoys great beer so much, how does he sanction the use of that huge, smelly, smoldering dog turd in his hand?

Excuse me. It’s my cigar, thanks, not a lump of canine excrement, and a truer friend in troubled times is hard to find, indeed.

Like better beer, my cigar is a force that unites geography, history, agriculture and scientific progress, burning ever so slowly, emitting puffy smoke rings — the fruition of a long, patient process of growth, cultivation, harvesting, curing, hand rolling, packing and distribution.

Of course, the issue of a fine cigar’s relationship with better beer goes beyond legalities, smoking bans and justifiable considerations of tobacco smoke in proximity to food, something that die-hard hedonists understand as well as anyone else.

Rather, it’s this: Doesn’t puffing on a cigar change the way a beer tastes?

It does, but then again, drinking a beer also changes the way a cigar tastes. So there.

Generally, when nipping at a beer I haven’t tasted, my preference is to avoid cigar smoke. However, at the proper time and place, cigars and beer taken together please me, even if I must stand half a block away to smoke and drink them. The rules of engagement may change, but neither cigars nor craft beer are going away.

Tonight (Jan. 20) I’ll be at the cigar-friendly Steinert’s Grill & Pub in downtown New Albany (401 E. Main St., 812-945-8827), where indoor smoking still occurs at the discretion of proprietors. A new group of subversive epicureans called the Cigar Faction (it’s on Facebook) is looking for comfortable places to smoke and drink, whether inside or on heated patios, and Steinert’s fills the bill, with craft beers, a full bar and excellent pub fare. If you like a drink and a cigar, come and visit. We’ll drink, smoke … and talk.