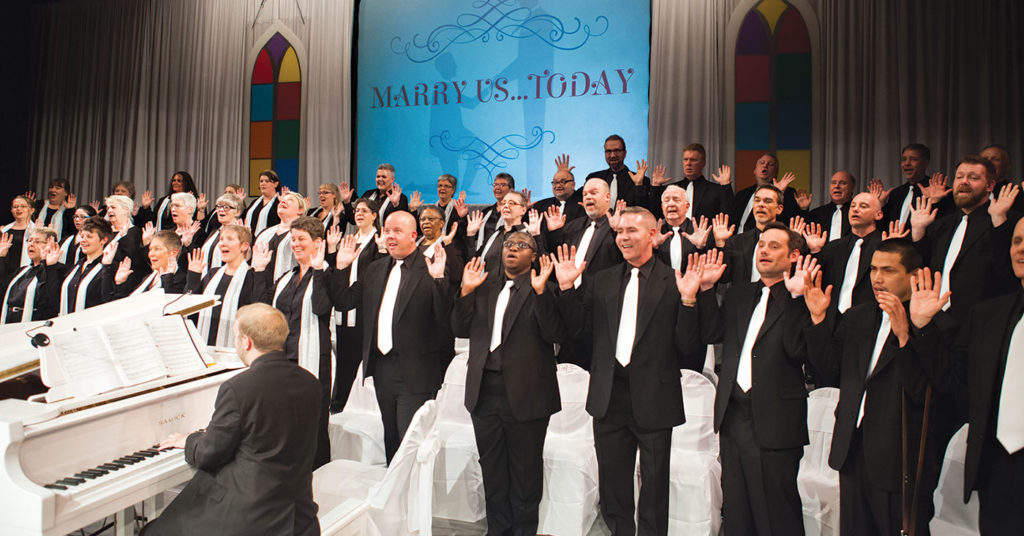 The LGBTQ choir VOICES of Kentuckiana has something to say in song, word and deed. “We are navigating complicated times in a sharply divided nation,” said Chorus Director Jeff Buhrman. “There are many of us who are made to feel different because of our country of origin, our race, our religious beliefs, our gender or our sexual orientation. VOICES has chosen to be bold-hearted, singing louder for equality, freedom and peace.” “We Belong” features music by Cyndi Lauper and Adele and what they’re calling “the ultimate Pat Benatar anthem.” Songs from the Broadway musical “Dear Evan Hanson” will also be covered, as well as from the film “The Greatest Showman.” The “We Belong” Student Art Contest will be on display in the lobby prior to the performance.