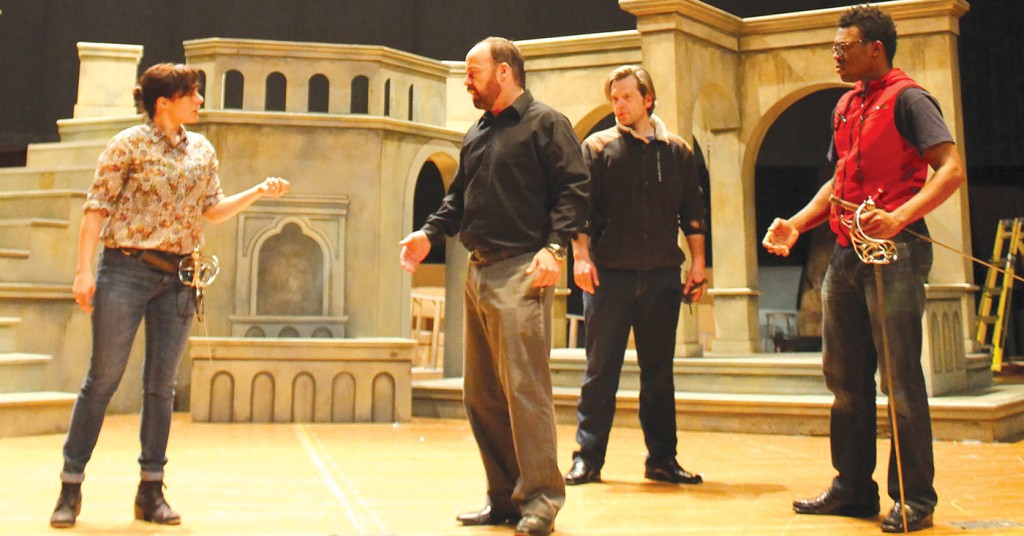 Everyone knows “The Twelve Days of Christmas” song, but not everyone may know that after the partridge, the pear tree, the gold rings, the maids a’milking and their whole entourage had been gifted, the 12 days ended with a subversive party overthrowing tradition and hierarchy. Back in Shakespeare’s time, the Twelfth Night party might have entailed masters waiting on servants or men dressing like women. To hell with societal norms, people did whatever they wanted (thus, the “What You Will” in the play’s subtitle). Here in Louisville this Twelfth Night, Kentucky Shakespeare is subverting tradition by coming inside — for the first time in their 56-year history — for a performance of “Twelfth Night” in the Bomhard Theater. Free is out the window too, but the $20 ticket price will support the 2016 season in Central Park.