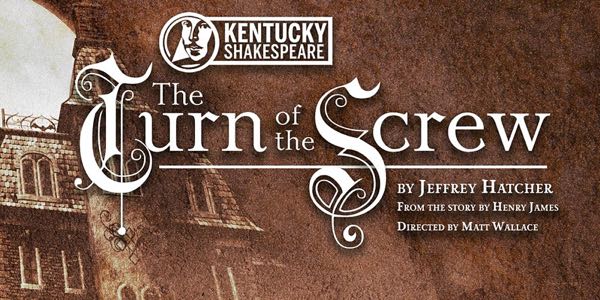 If you didn’t catch any Shakespeare in the Park performances in the summer, you still have a chance to enjoy the talents of Kentucky Shakespeare. For their annual Halloween-time production, KY Shakes presents a chilling, two-actor version of “The Turn of the Screw.” Described as “part ghost story and part psychological horror,” this adaptation of Henry James’ famous novella is about a young governess “hired by a wealthy reculse to look after his orphaned niece and nephew — two seeingly innocent children who soon reveal terrifying secrets.” This is the first Kentucky Shakespeare production set in the theater company’s new Old Louisville headquarters. Producing Artistic Director Matt Wallace told LEO back in June that the building would be a fitting location for the show — a Victorian ghost tale in a Victorian neighborhood.