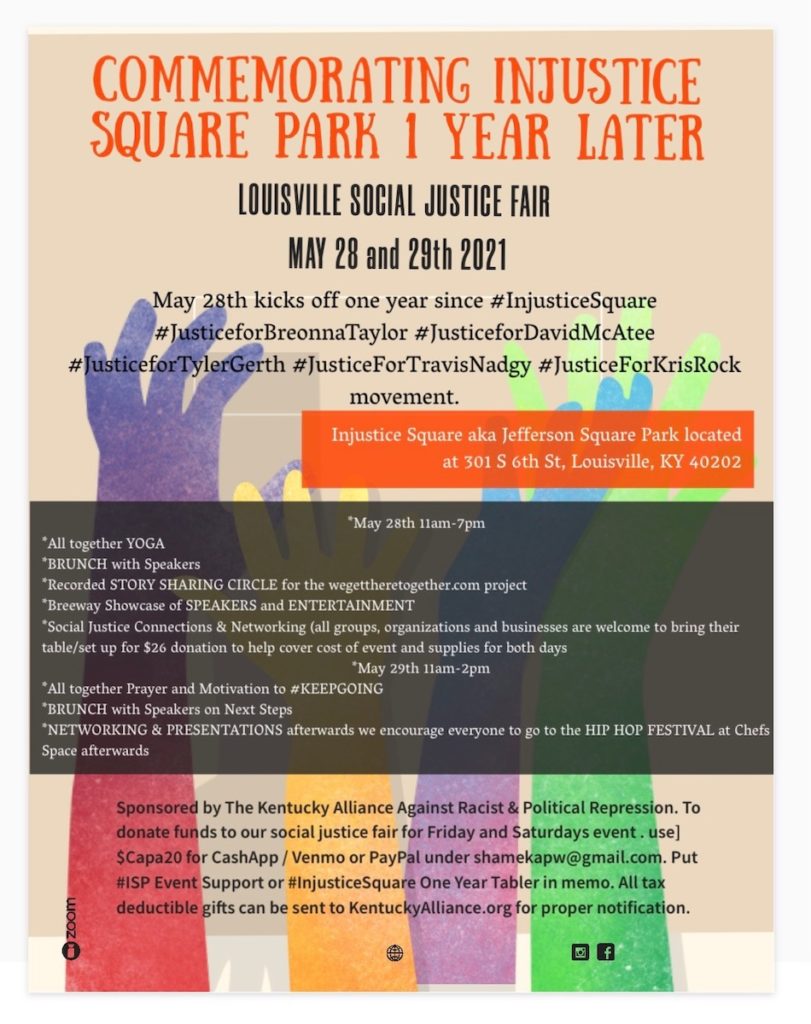 On May 28, it will have been one year since thousands of protesters took to Louisville’s streets demanding justice for Breonna Taylor. To commemorate the anniversary, the community is taking over Jefferson Square Park, or Injustice Square, again for two days of speakers, story-sharing, entertainment, presentations, food, yoga and prayer. “As we move forward, it is important that we stay vigilant, connected, and focused on a path forward that is intersectional, inclusive, and uniting,” write organizers of the event, which is being sponsored by the Kentucky Alliance Against Racist & Political Repression. The event lasts from 11 a.m. to 7 p.m. on Friday and 11 a.m. to 2 p.m. on Saturday.