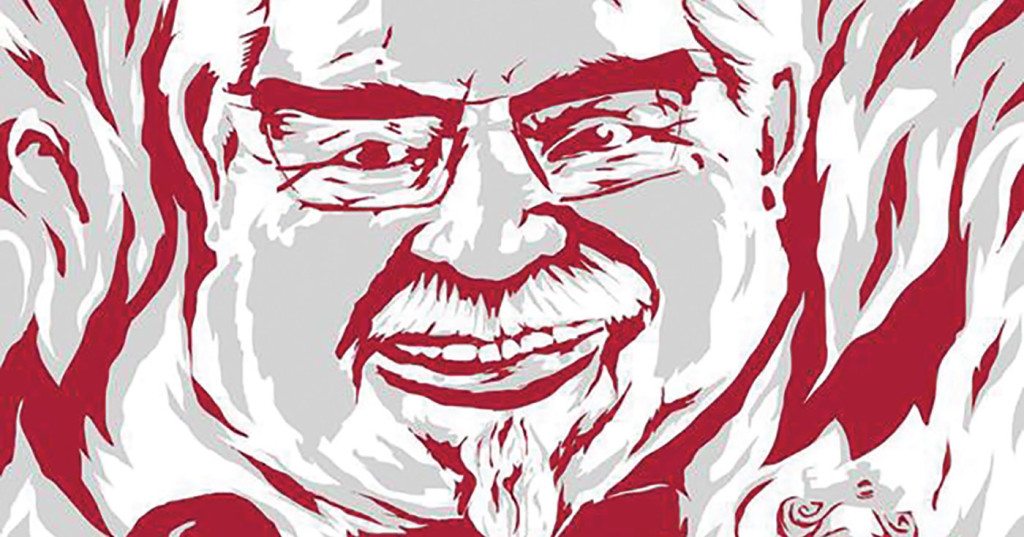 So here we are, deep in the throes of buildup to our city’s most beloved pastime: the most exciting two minutes in sports. Perhaps what goes through the collective mind of actors/actresses/comedians behind our city’s favorite bi-monthly Roast series is: “Who better to roast during the Derby Festivities than Louisville’s most cherished icon?” The show uses the classic comedy roast format and employs local comedians and actors who don costumes and assume characters while roasting pop-culture icons, fictional and nonfictional. The Roast of Colonel Sanders is upon us. Sean Keller will be The Colonel, while Kent Carney takes the master of ceremonies role as Ronald McDonald. Mandee Mckelvey plays Wendy, Tyler Jackson is Burger King, Jake Reber is Joe Camel and Raanan Hershberg is The Pillsbury Doughboy. —Brent Owen