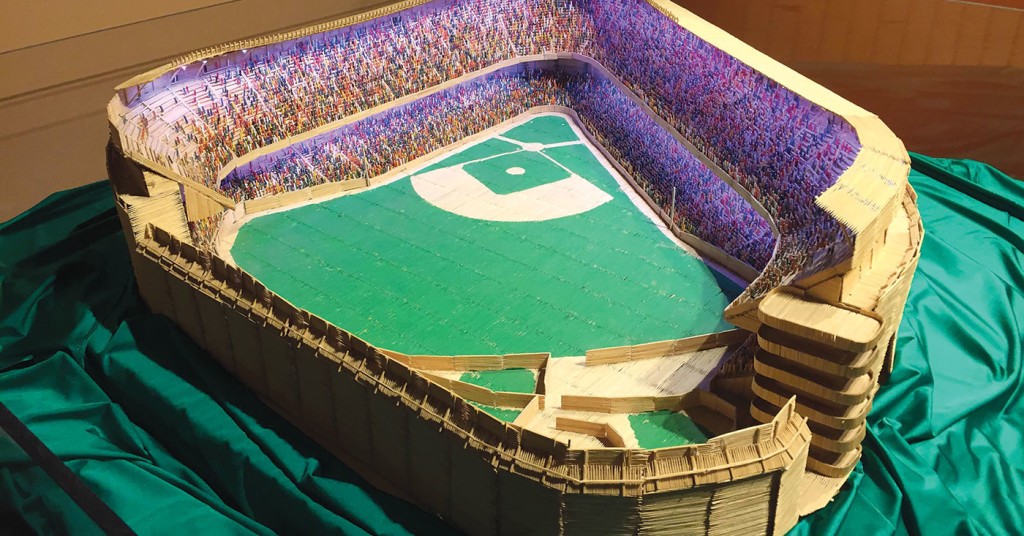 The Slugger Museum & Factory is doing its part to keep Louisville weird! They have teamed up with Ripley’s Believe It or Not! to create a wonderfully bizarre baseball themed exhibit showcasing Ripley’s baseball treasures and other oddities. More than 100 items will be on display, including a very exotic uniform worn by Babe Ruth, a Yankee Stadium model made of toothpicks, a Hank Aaron statue sculpted from Oh Henry! candy bars and a peanut sculpture of Jennifer Lawrence. Every major league team will be represented with a Ripley’s treatment. Traditional Ripley’s crowd-pleasers such as a two-headed calf and a shrunken head will also be on hand, as well as sculptures of Iron Man and Captain America made from car parts.