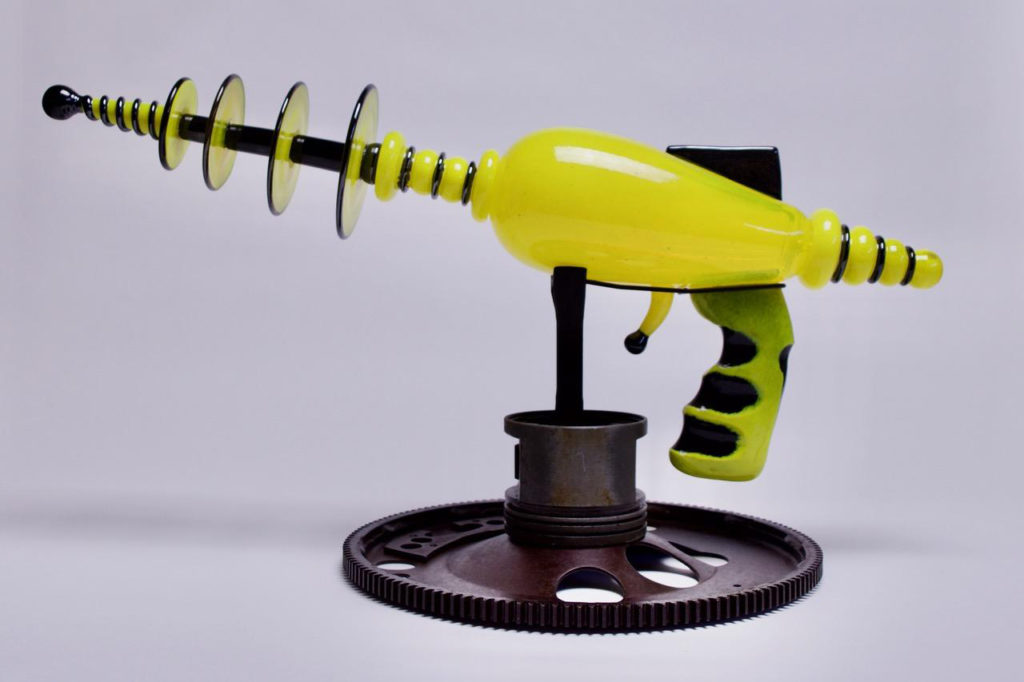 To understand the concept behind this show, let’s revisit “The Jetsons.” The animated show about the future, which aired in the 1960s, is full of holograms, computers and videophones (I want a mask like Jane Jetson uses). It’s basically what its mid-century creators thought life in the future would be like. Back in the present day, “Retrofuturism” was inspired by the same idea. “We feel that the year 2020 is a milestone in the early ideas of what our future would look and feel like,” said Gallery Director Tiffany Ackerman. “By now we were expected to have flying cars, our homes populated by uni-tasking robots and be vacationing on Mars. In some ways our technology has moved beyond what futurists predicted but in others we have not moved as far as was anticipated.” A few of the glass artists included in the show are Eoin Breadon, Jason Chakravarty & Jennifer Caldwell and Andrew Schultz.