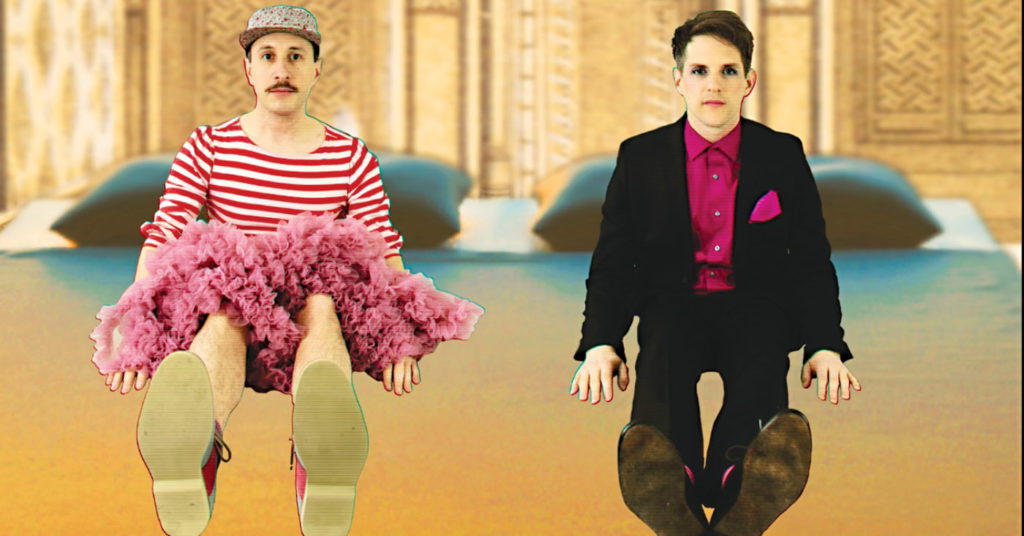 Princess, from ‘Out There.’

The year is 2028, and musicians Alexis Gideon and Michael O’Neill of the band Princess are fed up with the misogynistic dystopia that the world has become. To escape Earth, they build a rocket (“as only two white men could,” the duo quips) and blast off to a trippy art-pop soundtrack. This is the story of “Out There,” a sci-fi feminist rock opera presented by Princess as a combo video and live performance, meant to get you thinking about the role of men in our current “cultural reckoning of misogyny.” Gideon and O’Neill are taking their act across the country from the Andy Warhol Museum to the Museum of Contemporary Art San Diego. But first, they’re stopping in Louisville. Here, expect special guest Dane Waters.