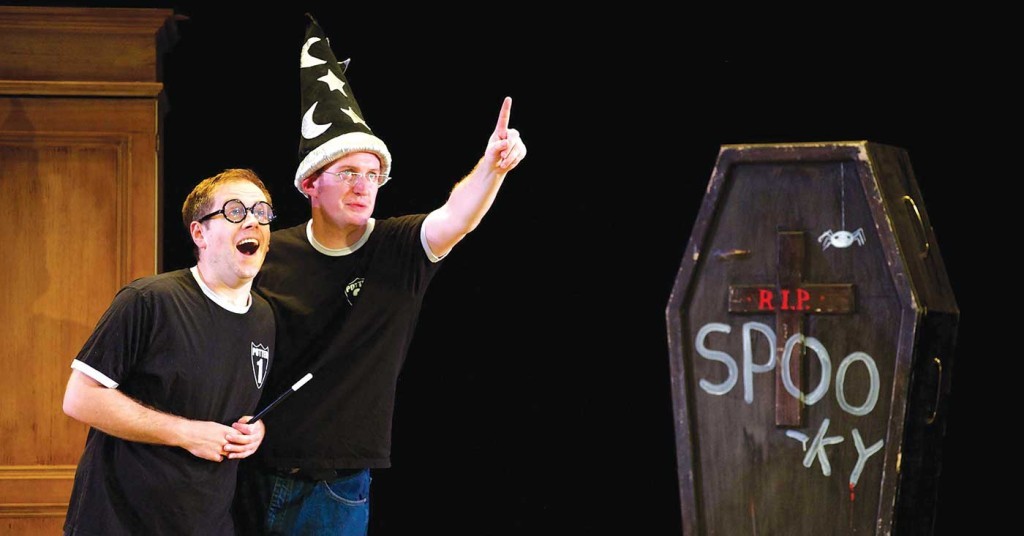 Duped time and time again over the past decade by rumors of an eighth book, Potterphiles know all too well how it feels to be victim of the Internet’s black magic. Tired of playing the role of gullible muggle, most of us have accepted (while still keeping a regular eye on pottermore.com) that we’ll have to make due with Puppet Pals, compendia, theme parks and other such adaptations. Since 2006, British duo Daniel Clarkson and Jefferson Turner have been delivering a fix for the Potter-jones with a 70-minute show that takes the audience from number four, Privet Drive, all the way to the end of the the Deathly Hallows. In addition to parody, much of the humor comes from that colossal undertaking.