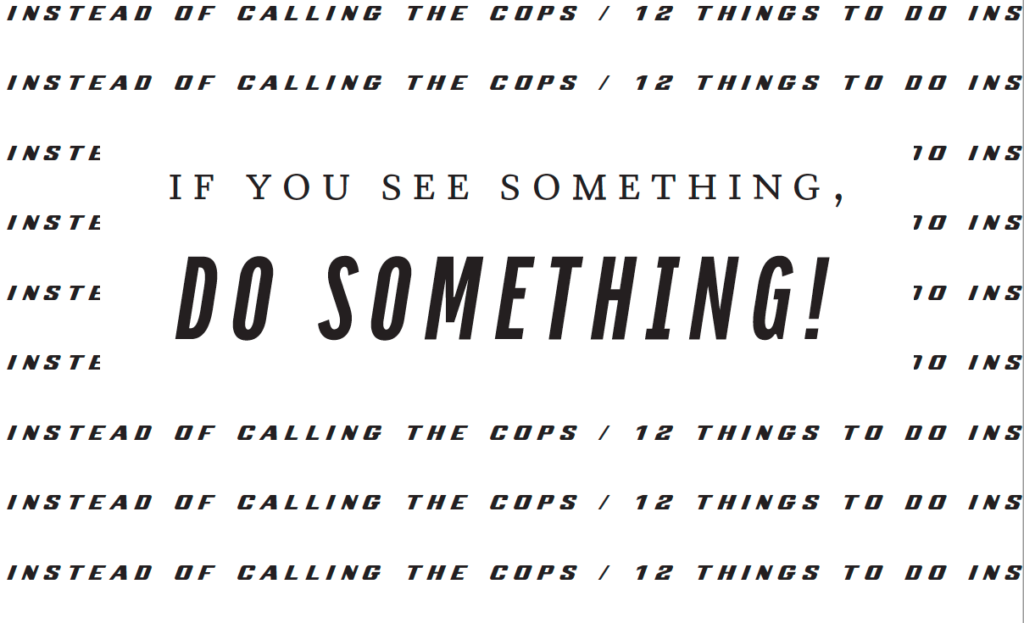 ‘12 things to do instead of calling the police.’ Written and shared by MayDayCollectiveWashtenaw.

Louisville’s arts scene responded quickly to protests in the city for Breonna Taylor, the Louisville ER tech that police shot and killed in March. Less than a week after the first protest, the Facebook page for PeaceState, Louisville’s “first intersectional art activist collective” appeared. PeaceState’s first event is a digital collaborative art activism event to “benefit the effort against police brutality.” You can see it in person at the Mellwood Art and Entertainment Center, or you can experience it online. It will feature work from artists around the country, and it will “raise awareness surrounding the epidemic of state-sanctioned violence and systemic oppression perpetrated by law enforcement against black communities.” Many of the artists will be Black, indigenous or other people of color or LGBTQIA+. All will share PeaceState’s vision.