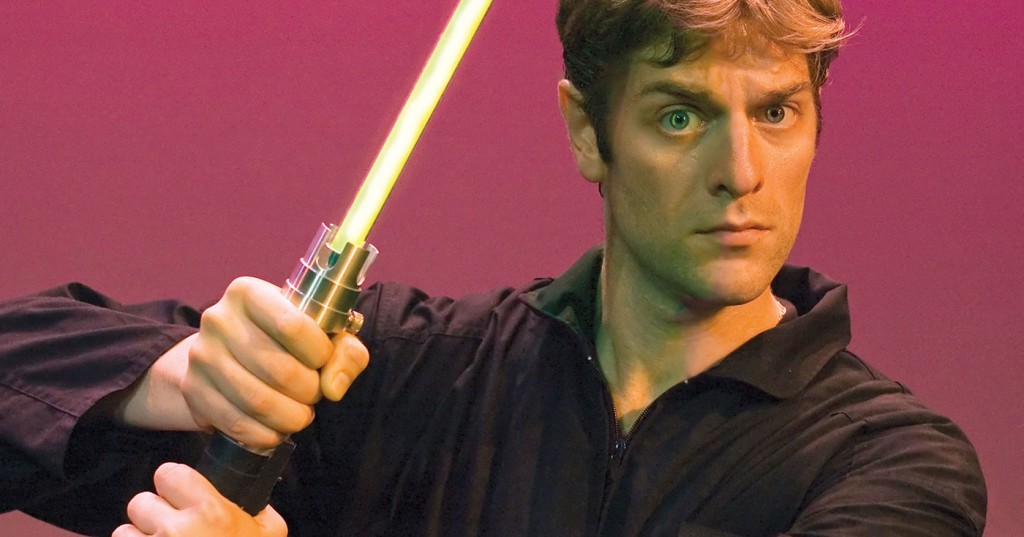 What’s that you say? You thirst for more comedic interpretations of the the greatest saga ever? You are so gall-darn pumped for the release of Episode VII that you want to spend a whole month gearing up for the joy of a new Star Wars movie? Well, the Kentucky Center’s A Little Off Center series has you covered. They’re bringing the smash hit “One Man Star Wars Trilogy” to town for one night only. Written and performed by Charles Ross, this unique adaptation has thrilled audiences all over the world with its high energy, hilarious retelling of the adventures of Luke Skywalker, Han Solo and all the rest of the Star Wars gang. After you watch a one person lightsaber fight live, in real time, you will never be the same.