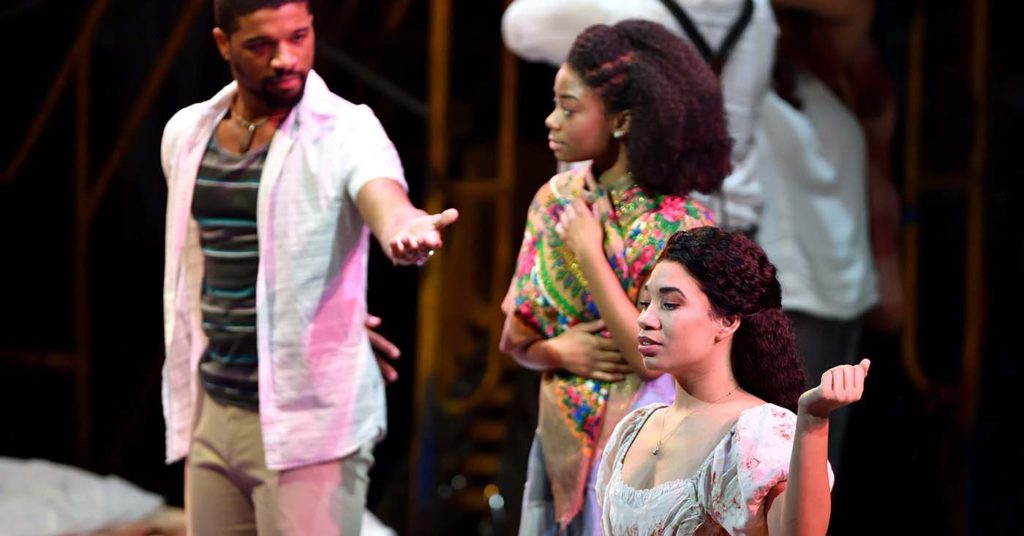 Actors Theatre of Louisville performs ‘Once on This Island, ‘directed and choreographed by Artistic Director Robert Barry Fleming. | Photo by Jonathan Roberts.

“Once On This Island” is coming to the end of its run at Actors Theatre, but you still have four chances to catch it this weekend. The Tony Award-winning musical transports you into a fairy tale set in the “Jewel of the Antilles,” in which the plucky heroine stands up to her family, her society and even the gods in the name of love. It’s based on Rosa Guy’s novel “My Love, My Love” but has noticeable influences from Hans Christian Andersen’s “The Little Mermaid,” too… though definitely not the Disney version.