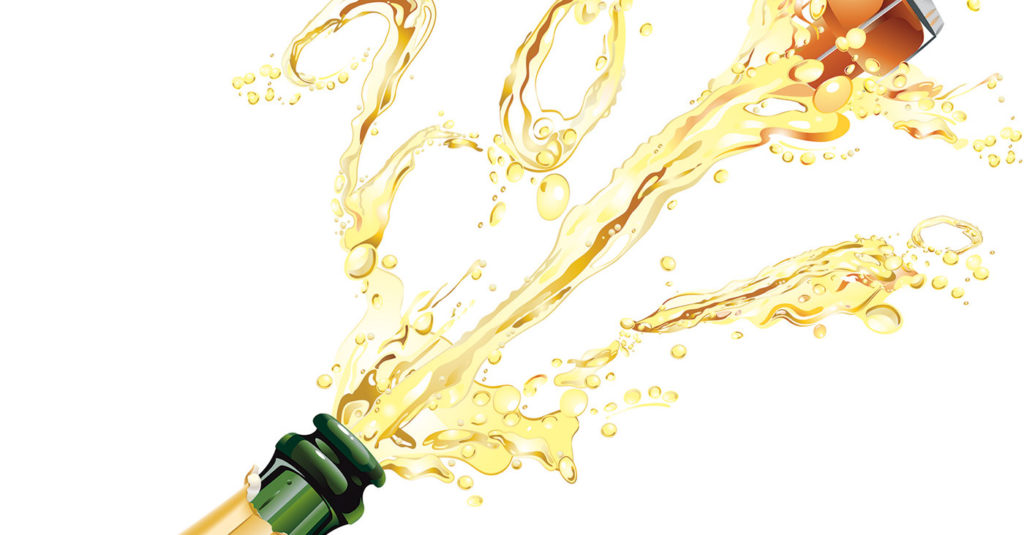 You’re encouraged to dress up for this party, but in Hawaiian shirts and grass skirts instead of tuxes and heels, please. It’ll make the tropical cocktails and Hawaiian-inspired food that much tastier, we promise. Admission gets you live entertainment from Bobanonymous and DJ Louisvillian, as well as a complimentary champagne toast and giant balloon drop at midnight.

Copper & Kings wants to celebrate the New Year with its year-round regulars, so its opening its second-floor gallery and third-floor bar to them — and everyone!  Come for music from Sam Sneed, McKinley Moore, DJ Slimm Thicc and Roya; a photo booth; and drinks galore, including a champagne toast at midnight. The next morning, come back (somewhat) bright and (kinda) early for Copper & Kings’ Bloody New Year’s Day Brunch from 11 a.m. to 4 p.m.: $15 for an all-you-can-eat buffet and a (cash) bloody mary bar.

There’s nothing more Louisville than fried chicken for New Year’s Eve, and better yet, this chicken is free. Also indulge in drinks from Mile Wide Beer Co. and Martini & Rossi while dancing until midnight to funk and disco vinyl jams.

Shirley Mae’s is known for its homey soul food, but the cafe and bar has its roots in partying. The business opened Dec. 31, 1988, making this year’s bash its 30th anniversary. It’ll celebrate with a champagne toast and party favors.

Want to party somewhere else? There are New Year’s Eve shindigs all over town, including at Kaiju, Mag Bar and Mercury Ballroom. Look ‘em up online, silly.

Last year, a group of friends donned their New Year’s Eve finery and walked across the bridge to kick off 2018. In 2019, they’re inviting the world to accompany them, and, by the looks of it, people are digging it — over 1,000 have expressed interest on Facebook. To join, meet on the Kentucky side of the bridge at 10 a.m. and walk to the Indiana side and back. Participants can meet at Molly Malone’s in The Highlands afterward.