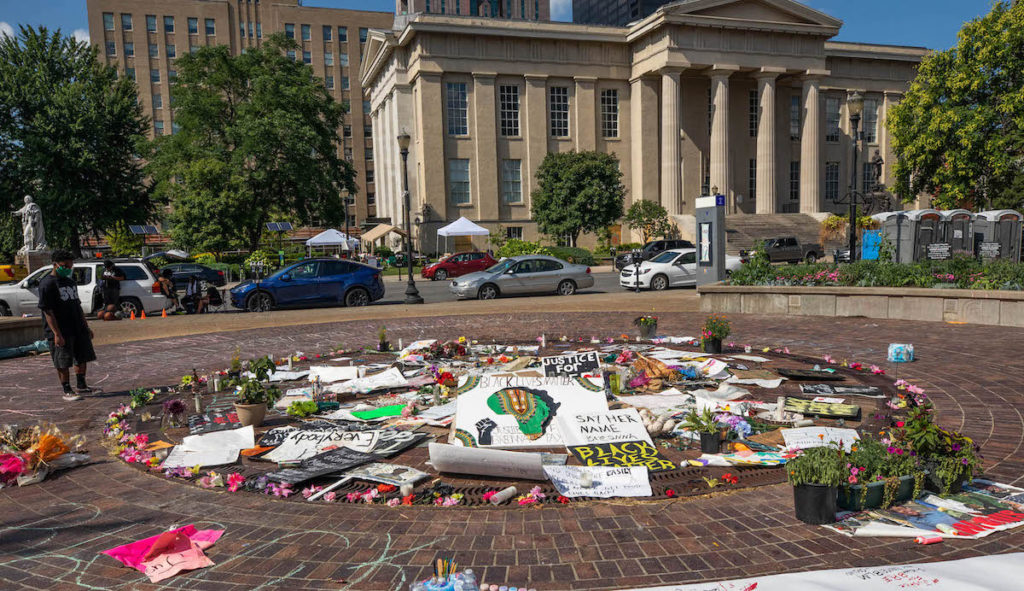 A memorial to Breonna Taylor. | Photo by Kathryn Harrington.

This Thursday, the nation joins Louisville’s ongoing fight against police abuse with the official National Day of Protest against police brutality. The Kentucky Alliance Against Racist and Political Repression is commemorating the day with a “Grand March” through Louisville, followed by a “huge” rally with orators and music. “We have not asked for revenge,” say organizers. “We want #JusticeforBreonnaTaylor and too many more lost to police brutality and victimized by police violence.” The organization is requesting donations of supplies, time, money, food, water, snacks and soft drinks.