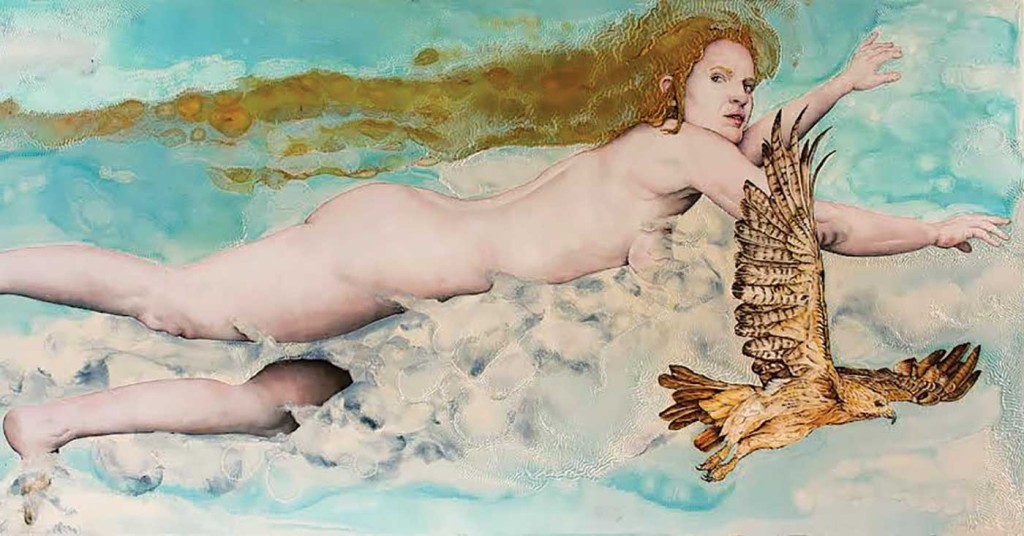 'The Messenger' by James Russell May

Greek and Roman mythology have long been a source for art, especially in the hands of such greats at Botticelli, Michelangelo and Titian. James Russell May (he’s sure to love that his name follows theirs) gleans mythology for inspiration as well in his latest mixed-media paintings on display in “Menagerie” at the Tim Faulkner Gallery. May’s approach is reminiscence of days past and that’s not a bad thing. He says his realistic nudes are “strongly influenced by the Academia style of the nineteenth century filtered through the eyes of an artist of the post-modern world.” Notice that while you’re looking at the art, the art is looking at you. There’s nothing passive here; May usually paints his subjects’ eyes focused directly at the viewer.