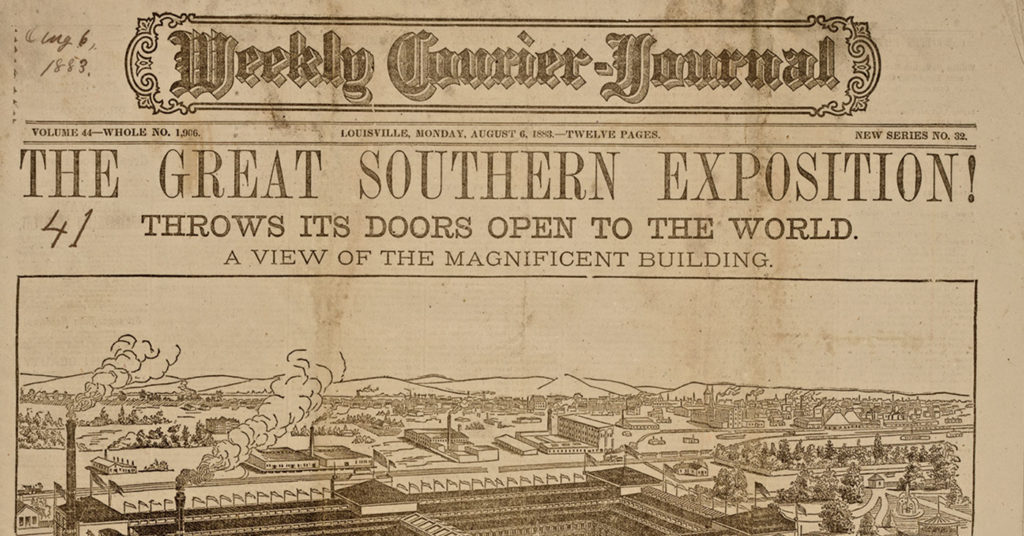 World’s Fairs and industrial expositions were ways people of the 19th century learned of the newest inventions, food and art. Louisville, because of its location on the Ohio River, hosted many, including one of the largest in the United States. The Southern Exposition, located near Central Park in Old Louisville from 1883-87, was opened by President Chester Arthur. A highlight was Thomas Edison’s demonstration of an installation of incandescent light bulbs, his largest at the time, making the fair as popular at night as it was during the day. “Louisville’s Industrial Exhibitions: 1872-1887” features over 100 artifacts, many of them from Mike Miller’s collection of Southern Exposition items. He will present a lecture and tour on Feb. 26. On March 25, Dr. Ann Glazer Niren will speak on “Music at the Southern Exposition,” which included a 500-person chorus.