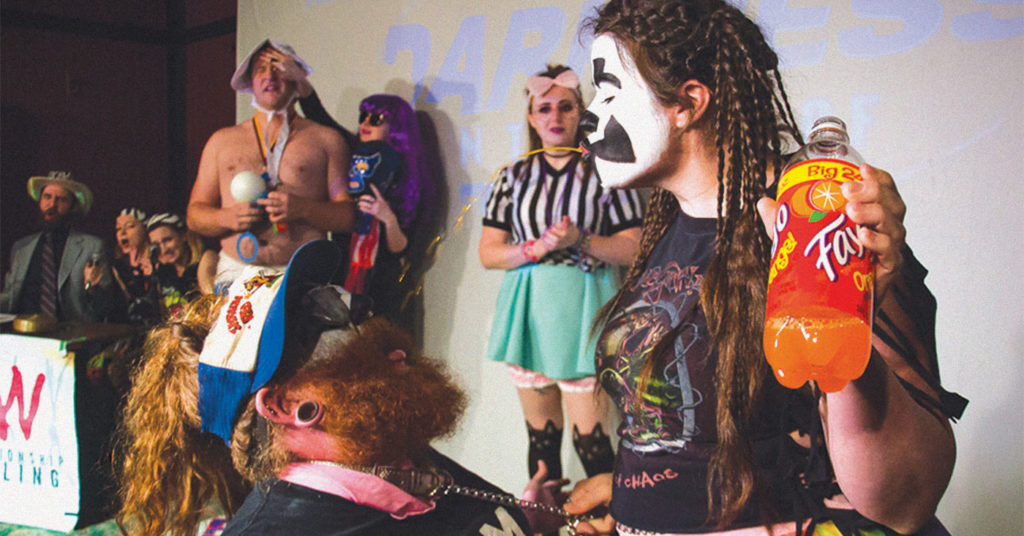 The last time I went to a Louisville Championship Arm Wrestling event, a juggalo locked arms with a grown man dressed as a baby, and, then, afterward she spit a stream of orange Faygo into another characters mouth, while literally pulling said character’s chain. The point of that weird one-sentence story was to establish that you’re not walking into a standard arm-wrestling competition. No, the LCAW is something much more interesting than that, as its competitors produce a WWE-style piece of absurd theater that’s unpredictable and engaging.