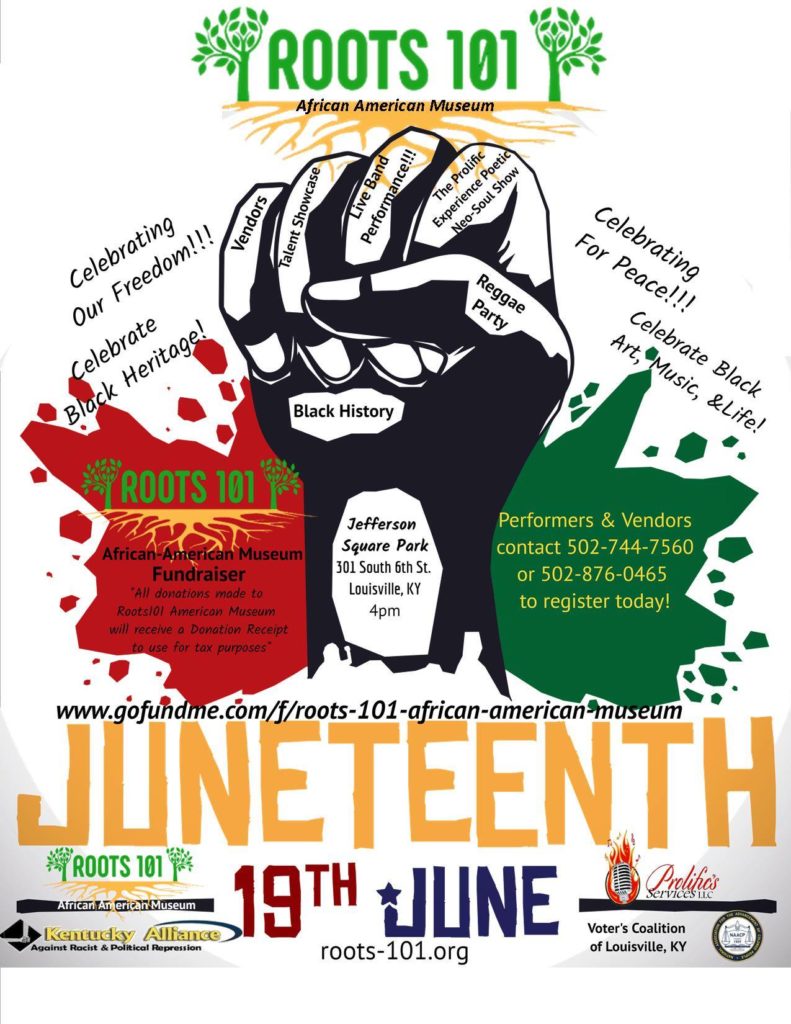 Juneteenth is a celebration of the end of slavery in the United States. This happened later than many realize, over two years after the Emancipation Proclamation was signed. Much like the actual ending of slavery, the effects of the imprisonment of Black people have gone on much longer than many are aware, manifesting in racism in housing, education and policing. And this year, as police killings of Black people come to public attention again, the importance of Juneteenth is magnified. Here are some events going on in Louisville this week to commemorate the anniversary.

The CookOut  |  Online
Search Facebook  |  Free  |  1 p.m.
KMF, a Louisville neofunk and soulhop band, is celebrating Juneteenth with Black music. The band is planning virtual performances, as well as live pop-ups, which have yet to be announced. Events include the KickOff Concert and Kickback Karaoke.

Becoming a Better Ancestor Juneteenth Celebration  |  Jefferson Square Park
301 S. Sixth St.  |  Donations accepted  |  4-9 p.m.
Jefferson Square has been the starting point for Louisville’s downtown protests, but on Juneteenth it becomes a celebration zone with performers, vendors and free food and drink. And it’s a fundraiser for the Roots101: African American Museum.