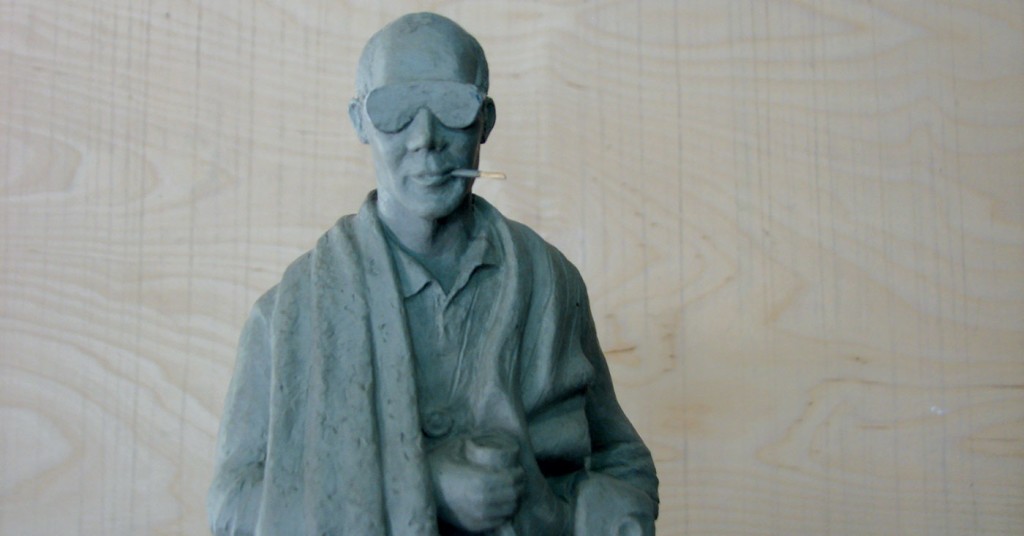 The passionate people behind Gonzofest, the Hunter S. Thompson mural at the Monkey Wrench and the HST Highlands banner are throwing a party worthy of HST himself to raise funds for a life-size, bronze statue of Louisville’s literary son to be placed prominently downtown. The statue, which sculptor Matt Weir is designing, would represent Hunter as he was when he waged the infamous campaign to defeat the Sheriff of Pitkin County, Colorado: head shaved, sunglasses on, cigarette holder clenched, American flag draped over his shoulders, typewriter under arm, Coors in hand. The HST quote at the heart of this glorious memorial is to be engraved in the stone base: “The American Dream is really fucked.” But this dream isn’t, and the ‘Ville needs this to happen. You can help. After-party at The Wrench.