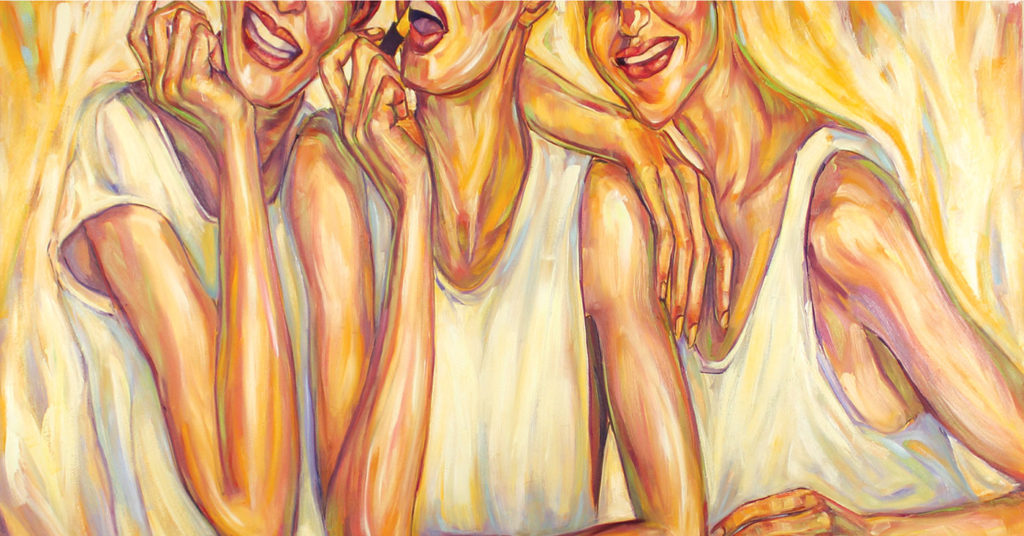 'At Arms Length' by Debra Lott

This body of work is a change for Debra Lott. After years of creating very large realistic paintings of the female figure, she has ventured deep into the human psyche to catch a glimpse of distress. “As a woman raising a daughter and as a retired high school teacher, I’ve experienced and observed firsthand the negative effects of these ultra-thin media images. This show is a departure into socially conscious art … This project has altered both the way I view mass media and the possibilities of my art.” Her show-mate, Mike McCarthy, excels at depicting animals in stone. “When thinking of animals, some words that one might typically be used to describe them are movement, soft as in fur or light as a feather. Quite the opposite, words typically used to describe stone are more likely to be stationary, hard as rock or heavy and solid. So how can stone be transformed so that it communicates the essence of animals? This show is my attempt to breathe life into these creatures … and make the viewer want to believe they are not the heavy static rocks they once were.”