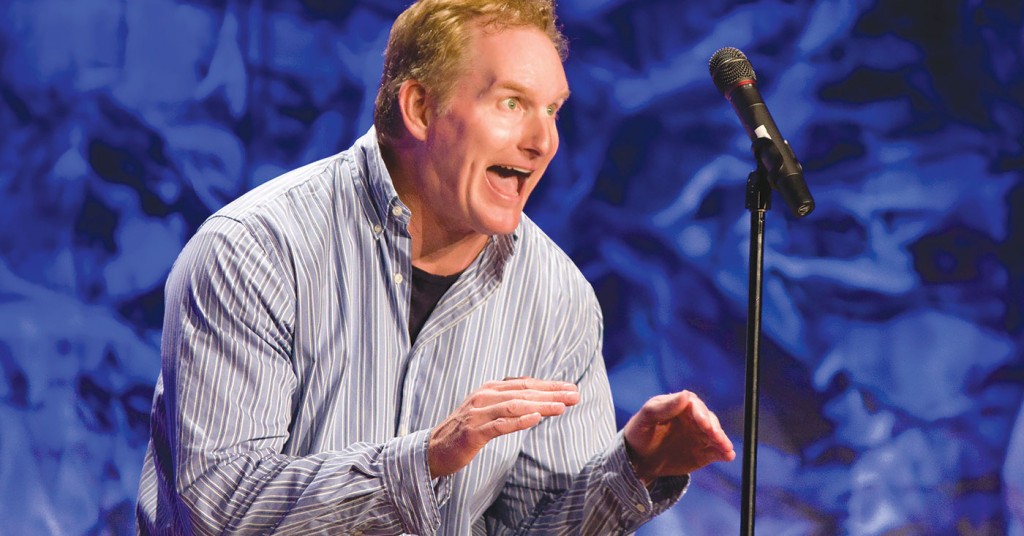 Greg Hahn? He’s funny, charming and just a little bit like an overzealous hyena on speed. His high energy brand of comedy has made him one of the most in-demand club comics in the country, headlining rooms from coast to coast. Hahn’s a Marine, ex-lumberjack and ex-Wild-West-Stuntman, who’s appeared on Comedy TV, Premium Blend, Make Me Laugh, Star Search and Late Night with Conan O’Brien. He also regularly appears on the Bob & Tom Show, a kind of brass ring for a lot of comics, kinda like becoming a member of the Grand Ole Opry for country singers. Hahn’s a huge personality and talent, so it’ll be a lot of fun seeing him back in Louisville.