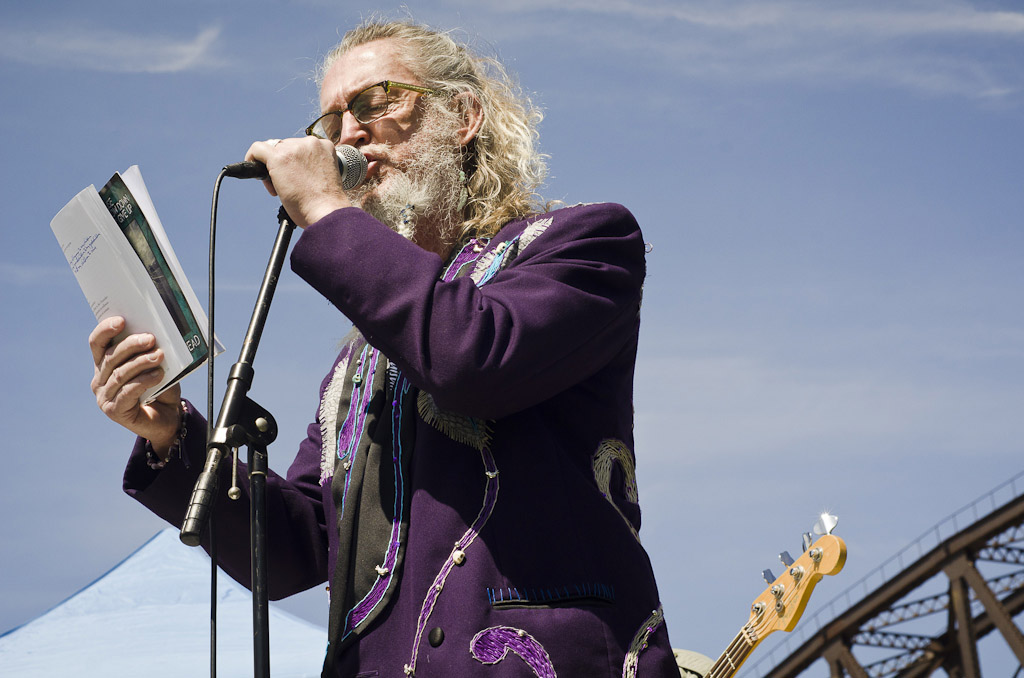 Ron Whitehead at a past GonzoFest. | Photo by Nik Vechery.

He’s made us laugh from writing about having a head full of drugs while cruising through the desert, and he’s made us think, because he was one of the sharpest political minds of his generation. So, Hunter S. Thompson’s legacy as one of America’s most unique and wild writers deserves to be celebrated. And, for the last decade, GonzoFest has done just that. After a year off because of the pandemic, the usually annual festival — spearheaded by poet Ron Whitehead — will return. Although the event is centered on Hunter, its purpose is to also shine a light on local artists. The music stage will be headlined by The Jesse Lees, a soulful Otis Junior-led band that bends multiple genres. Other musicians that will perform are The Ass Haulers, High Helens, Ron Whitehead and Storm Generation, Blind Feline and Mythagoe. Writer, activist, public speaker, and poet Hannah Drake (whose work often appears in LEO), will headline the spoken word aspect of the event. Whitehead, New York City-based “The Mets Poet” Frank Messina, Hilton Airall, Frogg Corpse, PW Covington and Rhonda Mathies will also be doing spoken word. Hunter S. Thompson’s books, related literature and local visual art will be for sale. Food trucks will be on site. And, of course, the High Horse has a full bar.