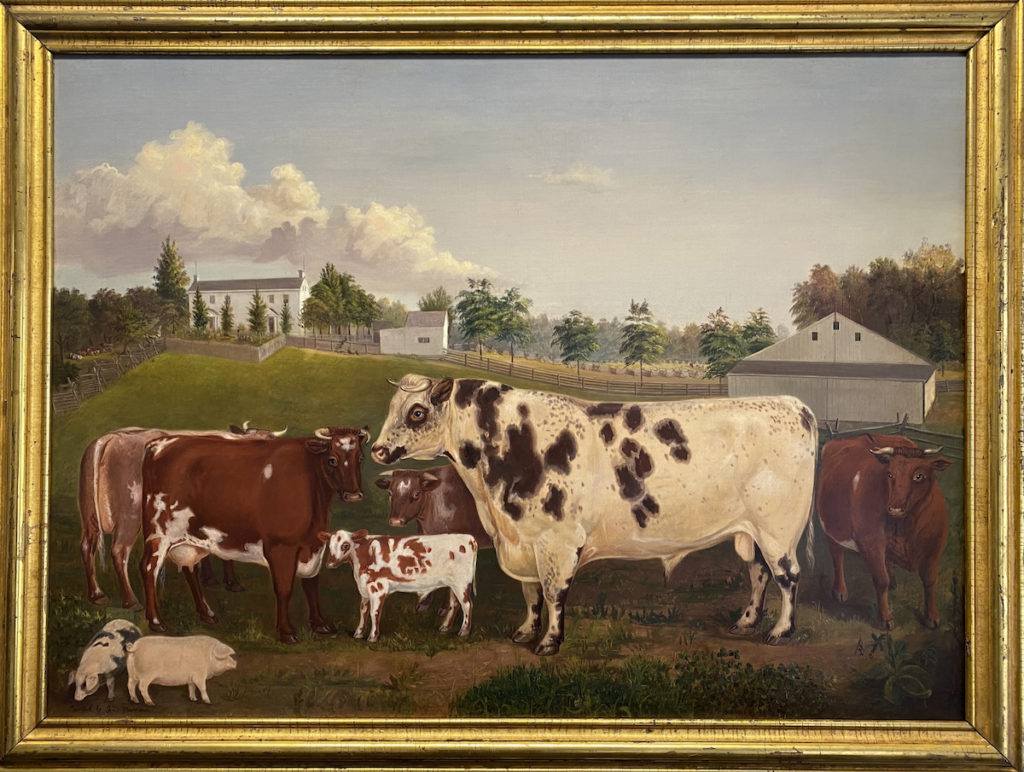 George William Morrison is a little-known 19th century New Albany artist. Although born in Baltimore, his 50-year career was spent mostly in Southern Indiana. The retrospective marks the bicentennial of his birth, and was curated by Al Gorman, coordinator of public programs and engagement at the Carnegie, which has the largest collection of Morrison’s work, including the recently-discovered “Prize Livestock of Thornburgh Farm.” It was bought at a local auction, restored and unveiled to the public for the first time in this exhibition.