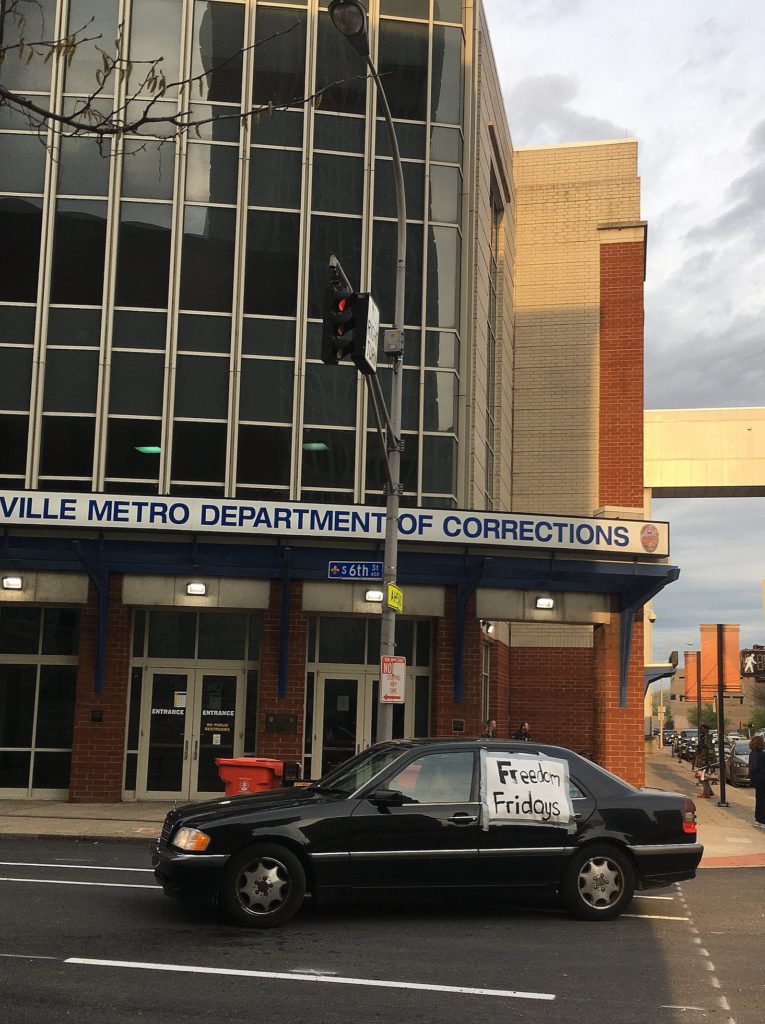 What about people stuck in jails during this epidemic? Louisville Showing Up For Racial Justice and The Bail Project are protesting on their behalf by leading a car and bike caravan around Metro Department of Corrections and other downtown buildings every Friday. They’re asking for more prisoners to be released from jail out of coronavirus concerns, such as those who are older or who are being held only because they can’t afford bail. Last week, they added the Oldham County Detention Center as a caravan stop. You can join simply by showing up at the intersection of Sixth Street and Broadway. It’s a protest that requires unity, but it’s not a social event, so organizers stress that riders and cyclists not get out of their vehicles or off their bikes and that they maintain a safe distance from one another.