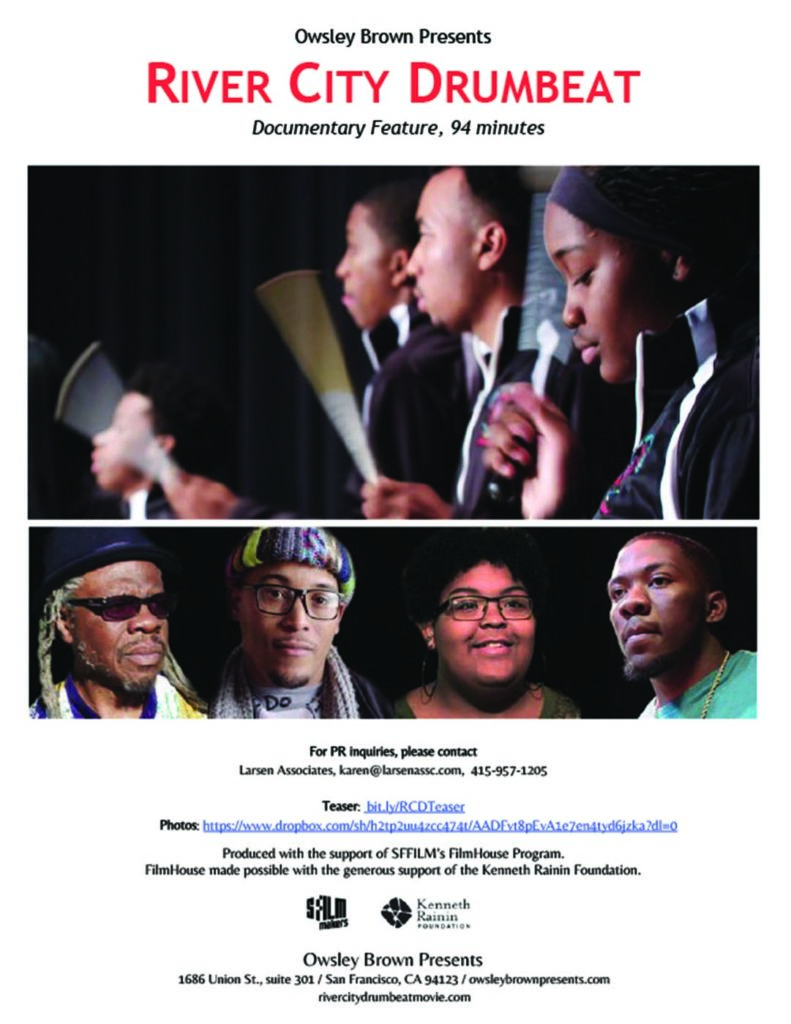 [Ed. note: This event has been postponed, and a new date will be announced, organizers said.]

Edward “Nardie” White led River City Drum Corp, an after-school community program that leans on “Pan-African culture and music to reach and mentor youth in his West End neighborhood.” “River City Drumbeat” follows White in his final year leading the group as he prepares to hand the reins over to his successor, Albert Shumake, who had his life turned around by the drumline as a youth. This world premiere is produced by Louisville native Owsley Brown and directed by Marlon Johnson and Anne Flatté.