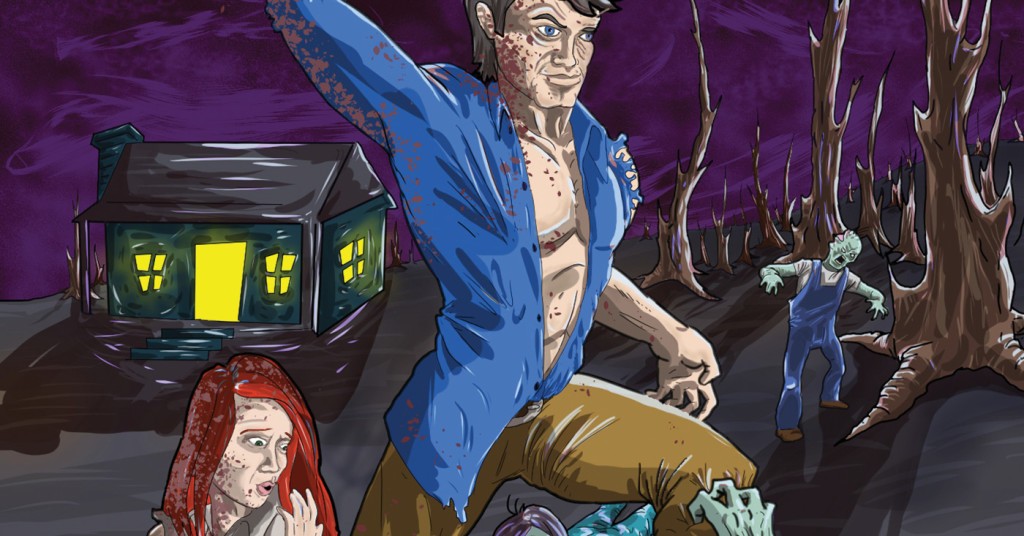 The tag line to The Alley Theater’s production of “Evil Dead: The Musical” — “Disarmingly Funny” — should be a tip off to not sit in the front row unless you’re prepared for a bloody splatter or two. If you do want to sit in the front row, wear your raincoat or borrow one of the theater’s. The whole production is raucous, over-the-top fun satirizing Sam Raimi’s classic Evil Dead films, which are ironic commentaries on the whole horror genre themselves. It’s a Broadway-style resurrection, befitting a plot surrounding an ancient text called “Necronomicon Ex-Mortis” and a cabin in the woods, but this time with show tunes like “All the Men in My Life Keep Getting Killed by Candarian Demons” and “What the F**k is That?”