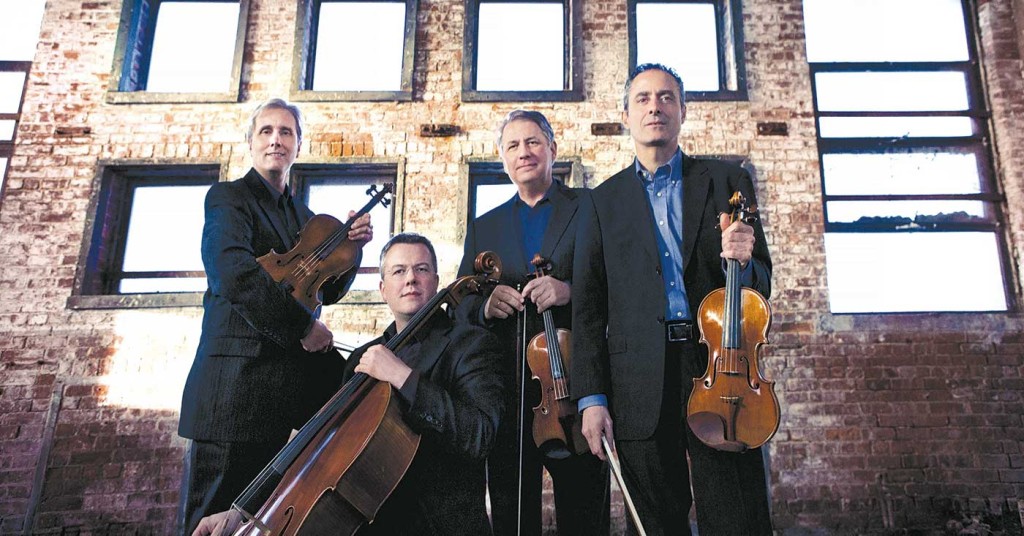 The Emerson String Quartet formed up just out of Julliard in 1976 and soon took its place in the top echelon of chamber ensembles. The group has its quirks, with violinists Philip Setzer and Eugene Drucker alternating at first violin — and it performs standing. It’s earned 9 Grammy Awards, including one for its three-disk recording of Beethoven’s 16 string quartets — of which, No. 10 is on the playlist Sunday in a Chamber Music Society concert at Comstock Hall. The Emerson made its first appearance in the Chamber Music Society series in 1982, and fans mark their calendars for Emerson’s appearance here every other year. The program also includes Mozart Quartet No. 14, and Alban Berg’s Lyric Suite for String Quartet, with its “secret program” love story.