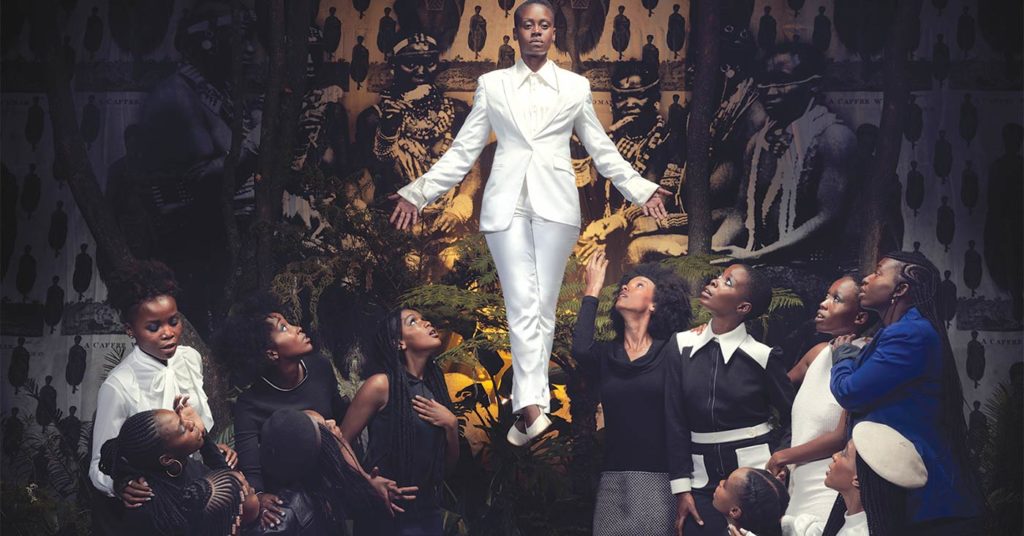 ‘We Live in Silence XVIIII’ by Kudzanai Chiurai. Pigment print on fiber paper.

If Mark Twain (and Shakespeare, among others) was right when he wrote, “clothes make a man” (and woman), then “Dress Up, Speak Up” is here to put a good spin on that idea. The 35 global artists in the exhibition have rethought what covers their bodies, which, in turn, makes viewers rethink too. “Whether clad in the stylized garb of Enlightenment-era Europe, the traditional coverings of ancient religious tradition, or the gender-bending bling of popular culture,” said 21c Chief Curator Alice Gray Stites, “these representations of self and other role-play in real time, reaching back through history to address prevailing personal, social and political challenges.” To further drive the point home, Twain also said, “Naked people have little or no influence on society.”