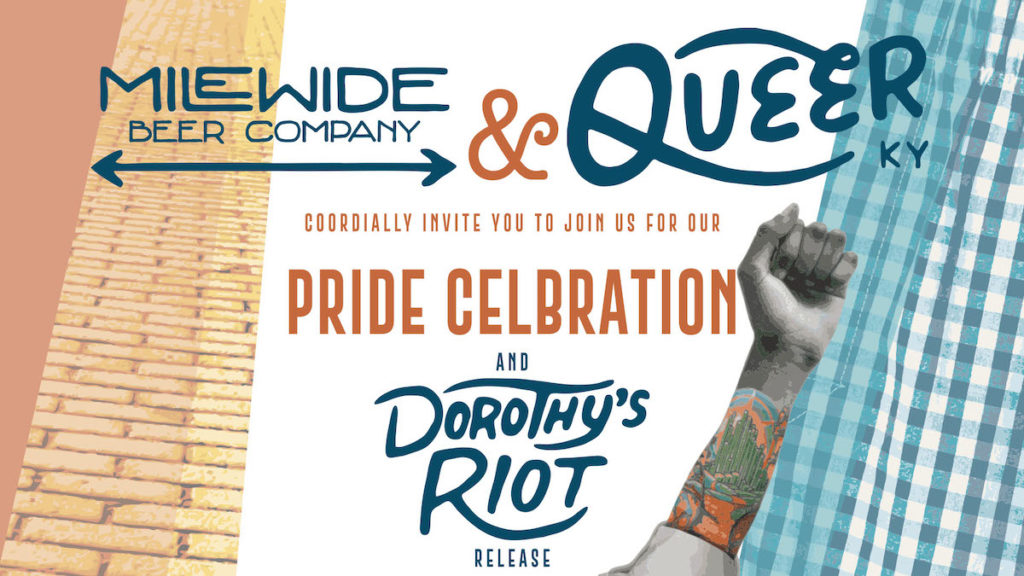 Mile Wide Beer Co., which has developed a regional (dare I say, national?) following for some of their special releases, has something special brewing. In celebration of Pride Month, Mile Wide collaborated with Queer Kentucky to produce Dorothy’s Riot, a Belgian-style Witbier brewed with raspberry puree. “We worked closely with QKY, Louisville Pride Foundation, and various members of the LGBTQ+ community to develop the name, recipe, and label design for the beer,” organizers said on Facebook. But this isn’t just a release announcement, it’s a day-long Pride event, which includes several LGBTQ+ vendors and organizations, Magic Domdi spinning tunes (from 5-7 p.m.), a drag show hosted by Zsa Zsa Gabortion (from 7-9 p.m.), followed by Louisville Silent Disco from 9 p.m. to midnight. Dorothy’s Riot will be served on draft at the taproom and sold in four-packs of 16-ounce cans with a portion of the proceeds going to Queer Kentucky.