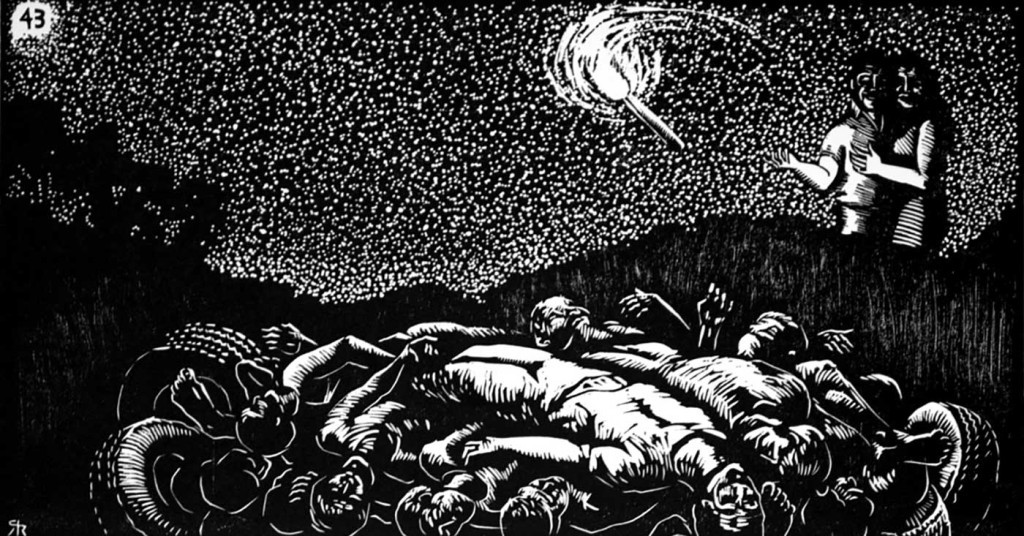 Art can be used as a mirror to society, to gage its morals and values, and also as a time machine to find deeper understanding of the past. Long before the first photographers began documenting war, artists were called upon to give their society a deeper understanding of the costs and consequences of armed conflict. “In Disasters of War: 21st Century,” 11 printmakers have come together to create images inspired by the 19th century wartime engravings of Francisco Goya. Like Goya’s work, these printmakers channel the hardship, pain and the occasional touch of humor found in modern war. It’s a fantastic exhibit with thoughtful, powerful imagery that excels at showing how the echoes of war can send ripples through time.