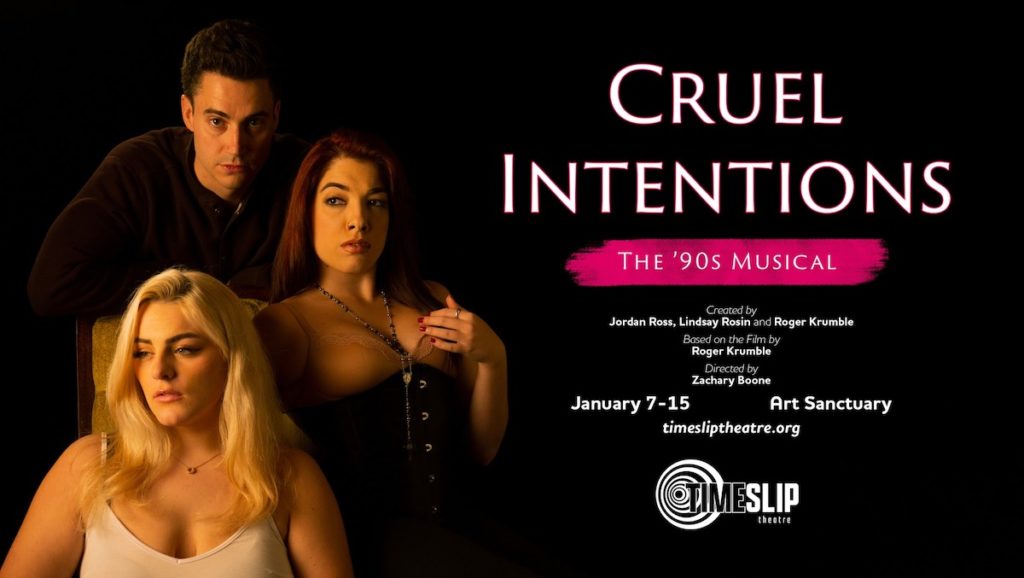 Time Slip Theatre presents a musical adaptation of the 1999 film “Cruel Intentions” starring Reese Witherspoon. According to a press release, “‘Cruel Intentions: The ‘90s Musical’ tells the story of Sebastian and Kathryn, two nefarious high-school Manhattan socialites who work to manipulate and maneuver Annette, a new student, in one of their villainous conquests. But when Sebastian struggles to reconcile his and Kathryn’s sinister ways with the purity and innocence of Annette, Kathryn’s wicked game comes to a life-changing climax. Featuring such 1990s pop songs as ‘Every You, Every Me,’ ‘Bye Bye Bye,’  ‘Just a Girl,’  ‘I’m the Only One,’  ‘Iris,’  ‘Bittersweet Symphony,’ and more, ‘Cruel Intentions’ is a hysterical and seductive send-up of all the unhinged yet refined debauchery of the wealthy ‘90s.” The musical will run at Art Sanctuary while the theater group prepares to convert their new space in Butchertown into a black box theater.