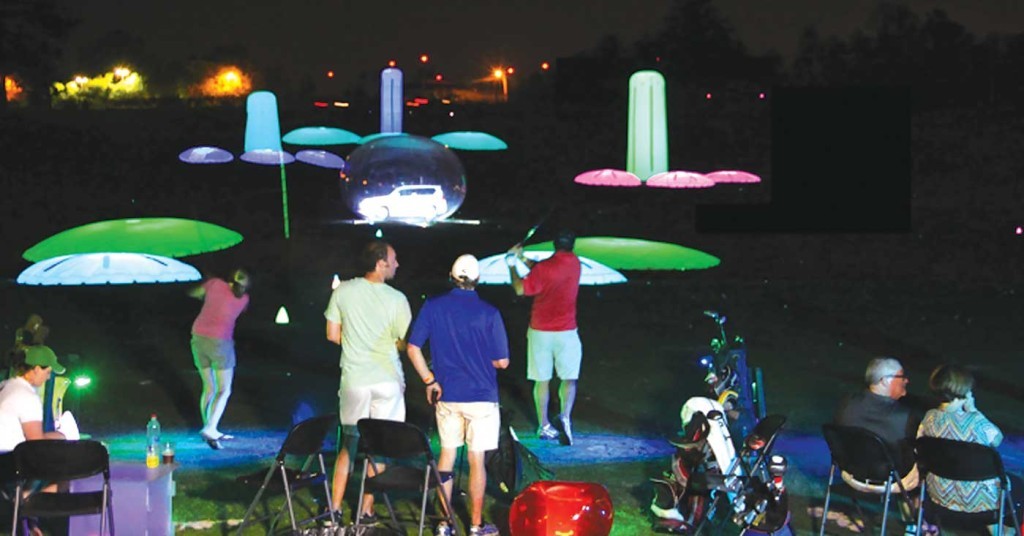 According to EarthSky’s meteor shower guide for 2015, the Delta Aquarid meteor shower in late July and early August is your next chance to see those space rocks light up the sky. According to LEO, you can get a better light show Friday and Saturday night at the Cosmic Driving Range in Fairdale. With glow-in-the-dark balls and targets, Cosmic Golf is the greatest golf party to hit Louisville. “Like a giant mobile glow in the dark pinball machine we designed it to be a glorious assault on your golfing senses.” The enormous, illuminated smart targets and accompanying app allows you to score and compete with friends in an interactive golf game unlike anything you’ve experienced before.