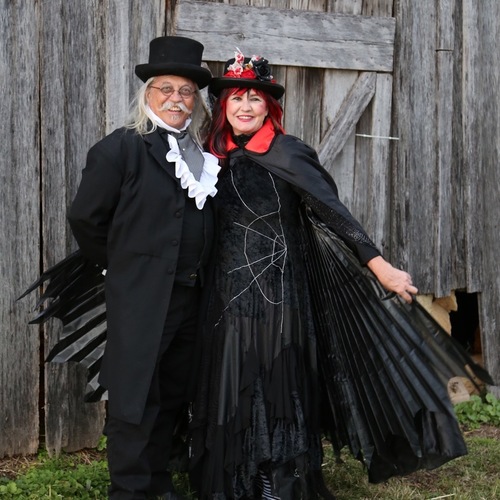 It’ll be the perfect weather for some campfire stories, so why not hear some from the best storytellers around?

Named after Louisville’s first settlement, Corn Island Storytelling was a nationally-known fall event that attracted thousands of people for three decades. Now in its fifth year in its new home at Blackacre State Nature Preserve & Historic Homestead, Corn Island Storytelling is an event honoring the rich tradition of storytelling, with guests huddled together in the darkness of a circus-style tent next to the property’s 200-year-old barn.

The event headliner is Bobby Norfolk, an internationally-known performer and teacher who has won three Emmy Awards in addition to a Parents Choice Gold and Silver Award from St. Louis. He is the recipient of the Storytelling Oracle Award, making this event a must-hear!

Other storytellers include Roberta Brown, known as the Queen of Cold Blooded Tales, a storyteller who has been part of the event for nearly its whole history and who specializes in dark, creepy tales that’ll make your skin crawl. Bob Thompson, author of Hitchhiker, Stories from the Kentucky Homefront and Stitched Together, Stories from a Kentucky Life, is the Resident Front-Porch Philosopher for the Kentucky Homefront radio show on WFPK and producing director for the event. Barbara Calloway is the founder of Ghost Stories on the Square in La Grange and served as the Chair of the Historical Districts Commission. Finally, Robert Calloway, a retired art teacher, coached students in preparation for the National Youth Storytelling Olympics, where he invited storytellers and authors to work with students on their own storytelling festival.