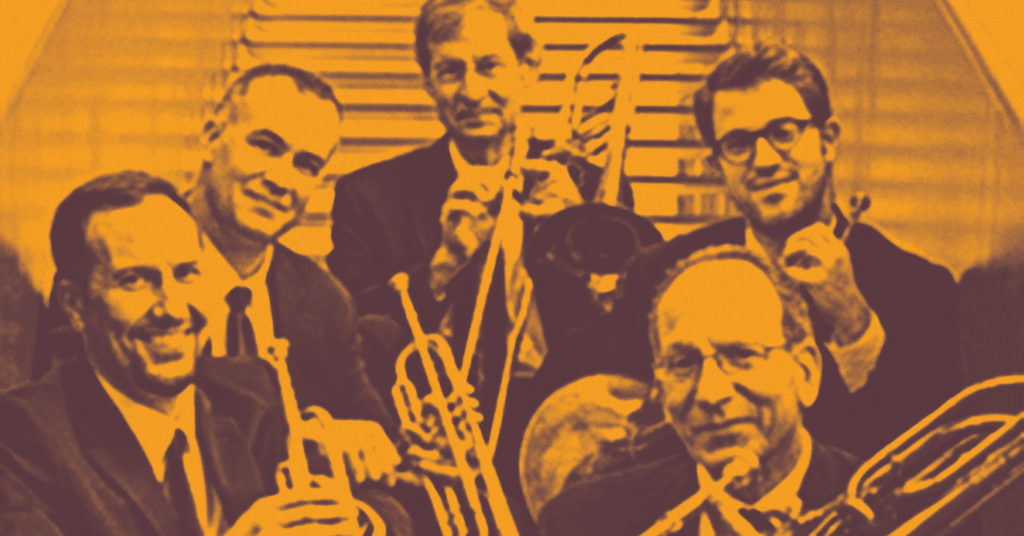 Something about the sound produced by a brass quintet (two trumpets, horn, trombone and either tuba or bass trombone) is at once ancient and quintessentially modern. Since about 1950, some 900 composers have written works for this combination but the sound echoes the ancient sound of sackbuts and “serpents.” The American Brass Quintet, Ensemble in Residence at the Juilliard School, has been a leader in this modern explosion of sound. Founded In 1960, ABQ has premiered more than 150 works and released 50 recordings. The Sunday program starts in the Elizabethan era (John Dowland) and journeys to ours with a piece that premiered last month: Philip Lasser’s “Common Heroes, Uncommon Land,” a celebration of American workers, everyday heroes who pursue their dreams in the nation’s cities and its countryside.