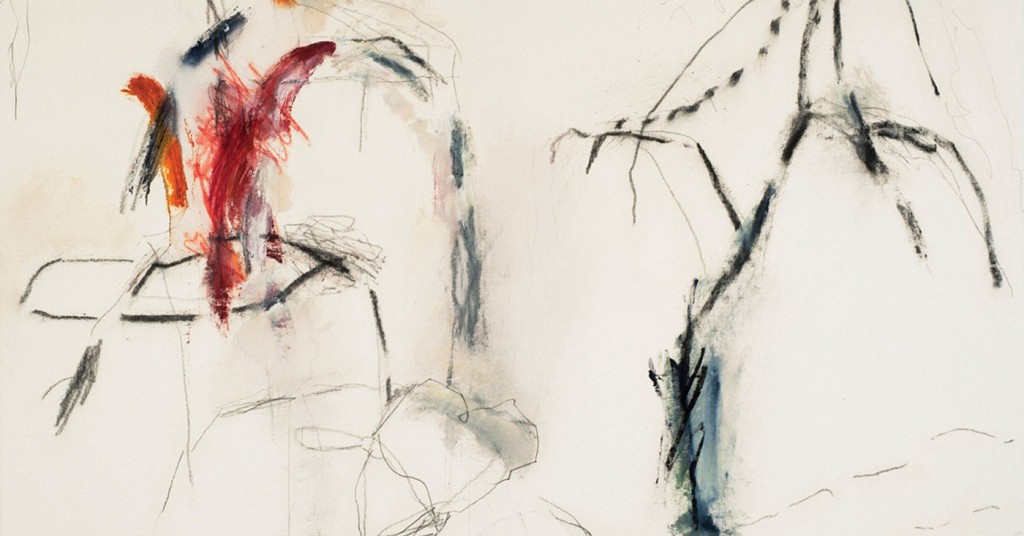 When I first saw “Chaco,” the new show by Anne Wehrley Bjork, I couldn’t escape the thought that I was seeing ancient work by a soul who would eventually be reincarnated as artist Jean-Michel Basquiat. Bjork’s work has the same kind of childlike essence that his work contained, yet it’s based on inspiration found from the ruins of the Anasazi people, who lived in the Chaco Canyon, New Mexico, near where she grew up. Across taupe-toned canvases, Bjork uses charcoal and paint to draw out shapes that are suggestive of the pueblo buildings she saw as a child. She not only reaches back to those childhood memories to create the images, but also taps into her childhood self to execute them.