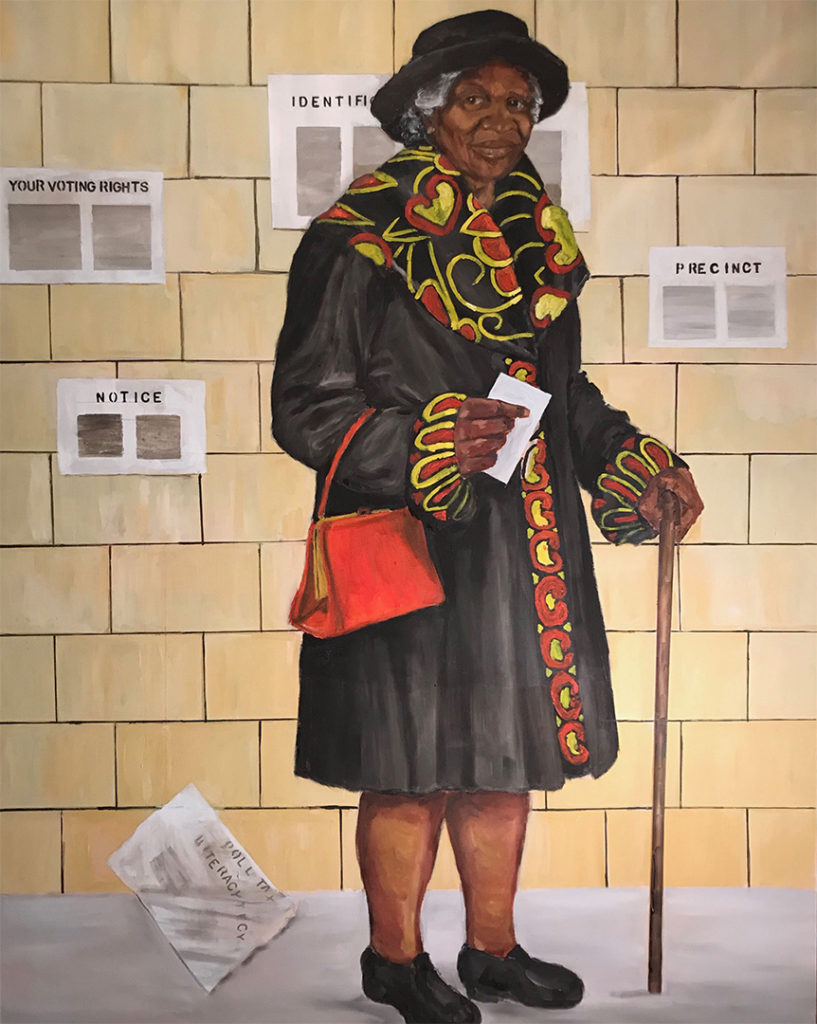 [Ed. note: This event has been postponed until further notice, according to Louisville Visual Art.]

Voting rights were hard won in America. Women finally received the right in 1920 and the Voting Rights Act of 1965 made it easier for African Americans to cast a ballot. Curator Skylar Smith organized a celebration of these events with the art exhibition “BallotBox.” (It took a village to make this show happen — support came from the Kentucky Foundation for Women, Great Meadows Foundation, Louisville Metro Government’s Office for Women, League of Women Voters, Frazier History Museum and Louisville Visual Art.) The artists in the show are Sandra Charles, Brianna Harlan, Jennifer Maravillas, Taylor Sanders, Penny Sisto and James Robert Southard. It is free and open to the public. The opening reception is March 12 from 5 to 7 p.m. and will include a conversation between Harlan and her grandmother, Civil Rights activist Mattie Jones.