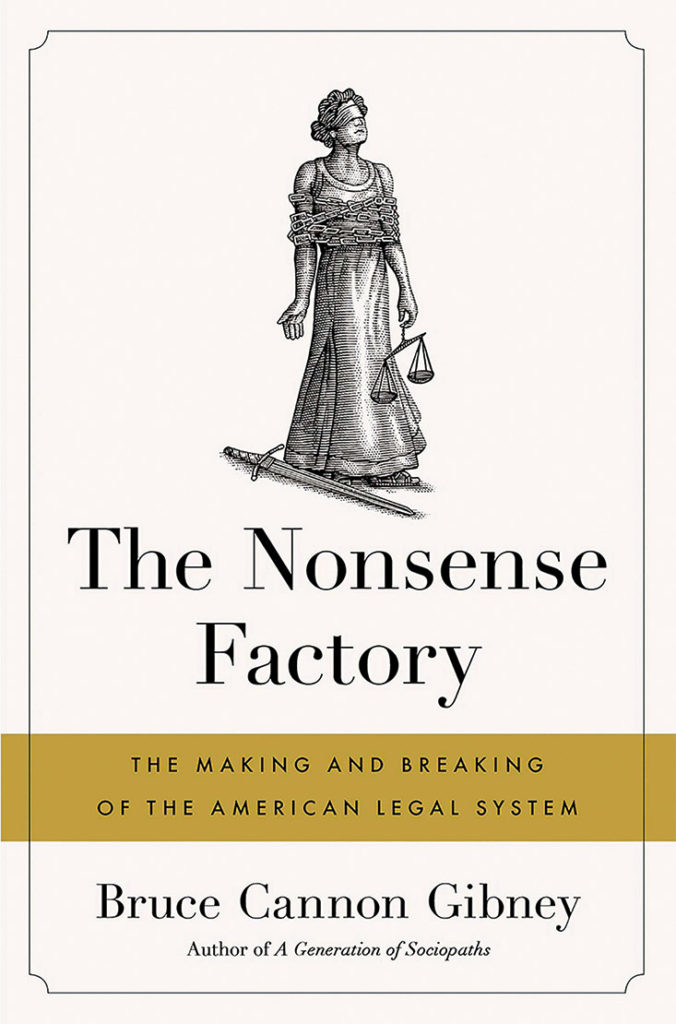 It’s been a long time since the Watergate hearings, when the nation held its breath and watched U.S. Sen. Sam Ervin nimbly navigating parliamentary procedure and maintaining fairness while cutting through President Nixon’s fog and felonies. Contrast that with the Brett Kavanaugh hearings, during which Congress seemed desperate to preserve both power and poll ratings. Will it get better if we soon have a Trump impeachment trial, or new challenges to election laws? Witty social observer and venture capitalist Bruce Gibney doesn’t like what he sees in the institutions we might soon put through a stress test. In his new book, “The Nonsense Factory,” he casts a sharp eye on troubling trends in the American legal system — from arbitration to sentencing, and from law school to all the branches and levels of government. —T.E. Lyons