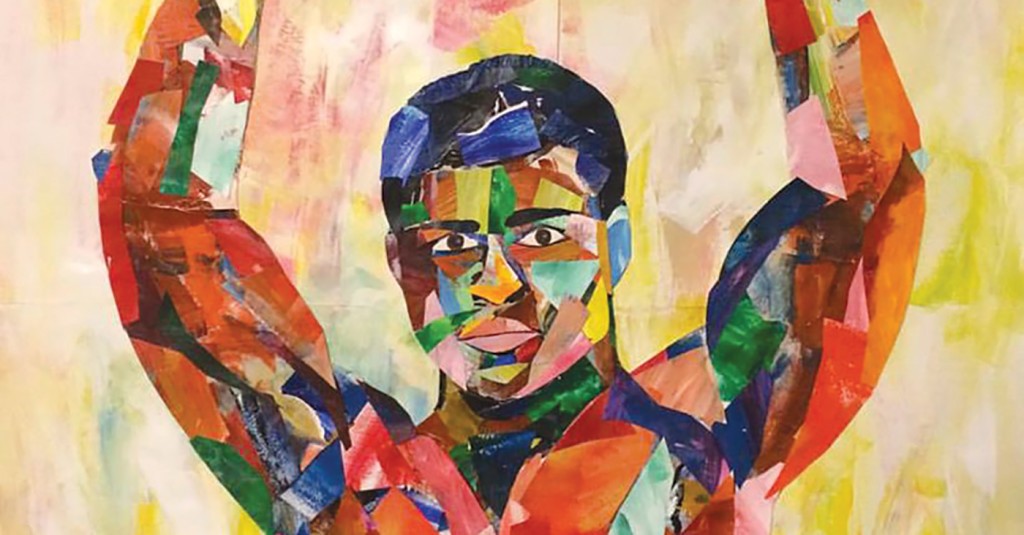 'The Greatest' by Andy Perez

If home is were the heart is, then artist Andy Perez’s heart is beating for Louisville. He’s a “boomeranger” who was born in Louisville, lived in several different locales, then made his way back to the city. “My work is often influenced by my geographical surroundings,” explains Perez. “As I now live in Louisville, many symbols of the Kentuckiana area have shown up in my recent work. As I work on a piece, it takes a life and feel of its own, and oftentimes it begins to deviate from the original muse.” His current solo show at Lenihan Sotheby’s International Realty Gallery features many colorful collages of such hometown heroes at Muhammad Ali and Colonel Sanders.