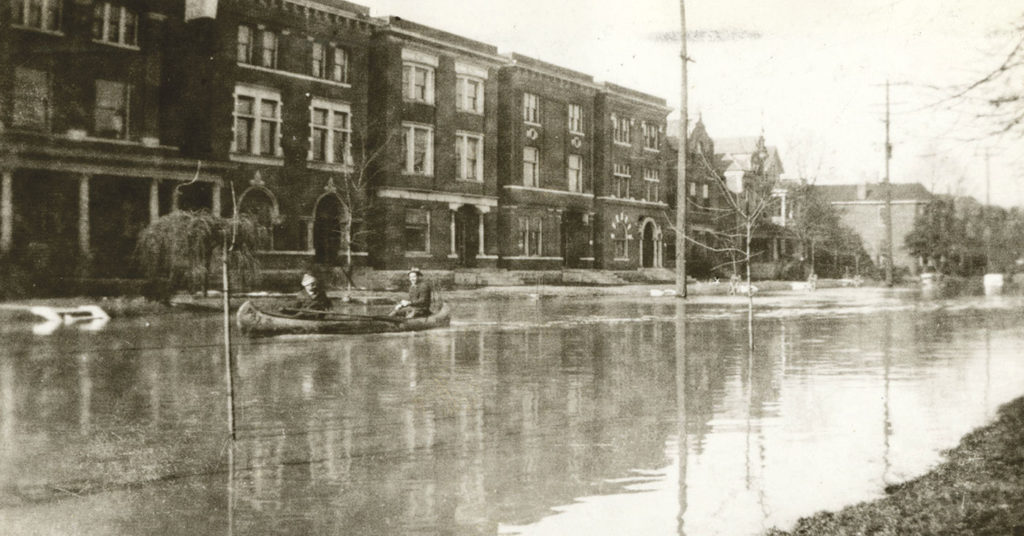 'Taken From My Front Steps' by Sallie W. Rawson

January 1937. The Ohio River had overflowed its banks in five states, including Kentucky and Indiana. On Jan. 27, water reached 57 feet in Louisville, with 70 percent of the city flooded. Nearly 400 people died and almost a million residents were left homeless. “The 1937 Ohio River Flood: 80th Anniversary Retrospective” features photographs taken by locals, as well as by photojournalists. The exhibition has a photo essay of the making of the most famous photograph, a relief station line, by Margaret Bourke-White.