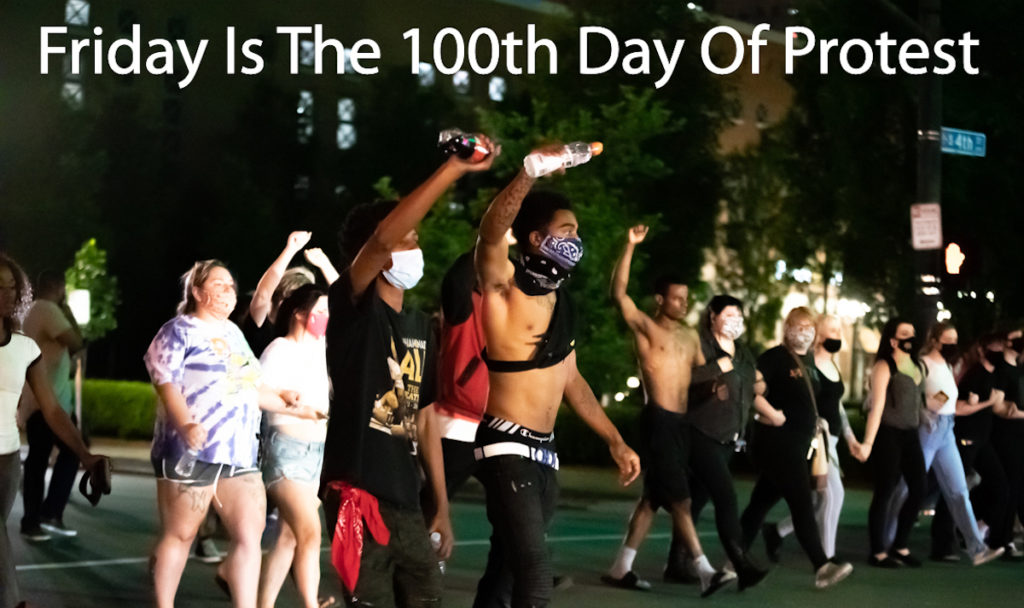 This Friday will be the 100th day that protesters have marched Louisville’s streets in Breonna Taylor’s name. And still, the police officers who deployed their weapons in the raid that killed her have not been arrested or faced hardly any official consequences. Demonstrators will commemorate the event with yet another day of protests. There will be a march at 6 p.m. from a TBA location to Jefferson Square Park, also known as Injustice Square. At the park, all community members will have a chance to speak. There will also be music, performances and moments of silence.