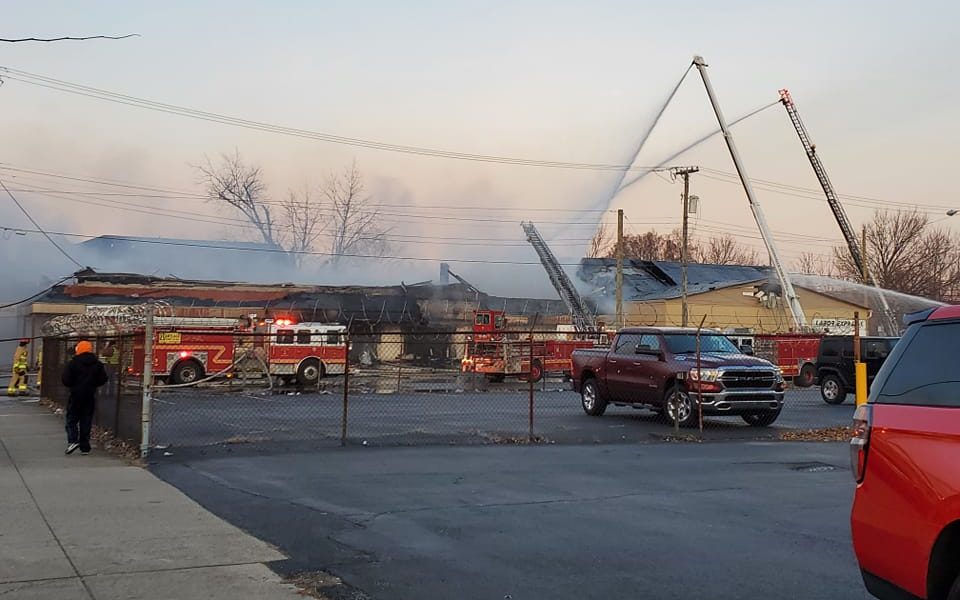 Hip Hop Sweet Shop was part of a strip mall on West Jefferson St. and South 18th St. that suffered a fire on Wednesday, Dec. 21. Louisville Fire spokesperson Maj. Bobby Cooper declared it a “total loss,” according to the Courier Journal.

The shop recently announced a GoFundMe campaign to raise $25,000.

In an Instagram post on Monday, Jan. 2, the bakery’s owners wrote that if half of their followers each donated $3.50, the business would have enough funding to reopen on March 1.

Fire & Desire, a soul food restaurant in the same strip mall, is also looking to raise $25,000 through a GoFundMe campaign.

Two other businesses affected by the fire, Kendrick’s Kuts and SKS Tax Service, have not announced fundraisers on social media as of this writing.

On Thursday, Dec. 22, the night of a winter storm in Louisville, a car slid off the road and into Black Market, a community grocery store.

“We are devastated but extremely grateful that no one was seriously injured (we will keep folks updated if we hear more),” wrote the store owners in an Instagram post. “We have had a year of significant events and will need to fundraise a significant amount for the repairs.”

The store owners are accepting donations via CashApp.

On Dec. 24, the owners shared video of the damage.