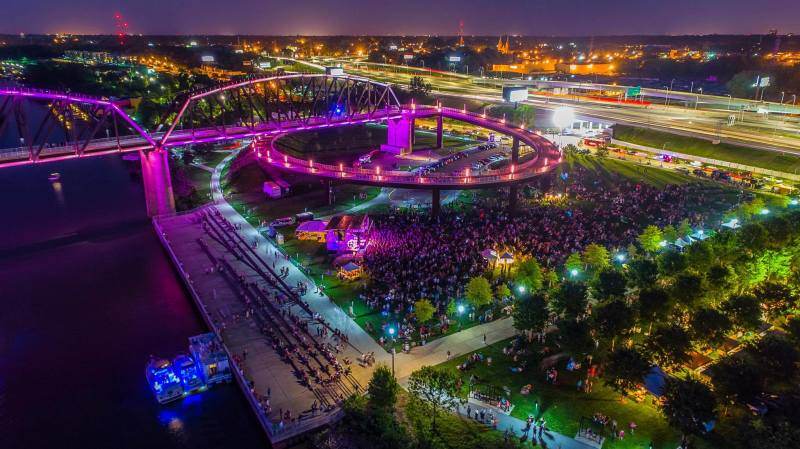 USA Today recently released its list of nominees for the Best Riverwalk competition in their 2023 10Best Readers’ Choice Awards — and Waterfront Park, for the third year in a row, is one of the contenders.

In a news release, Waterfront Park executive director and president Deborah Bilitski said, “We are thrilled to once again be nominated by the editors of 10Best as one of America’s top 20 riverwalks. We are asking for help from everyone who shares a sense of pride in our beautiful waterfront to help us finally claim our rightful place as the #1 Best Riverwalk in the United States.”

To vote, choose Waterfront Park once per day between now and Monday, Feb. 6, at noon.

This isn’t the first time Louisville attractions have been nominated for – or won – spots on other 10Best lists; last year, Lights Under Louisville placed fifth on the “Best Public Holiday Lights Display” list, and  Waverly Hills Sanatorium placed second on the “Best Haunted Destinations” list.