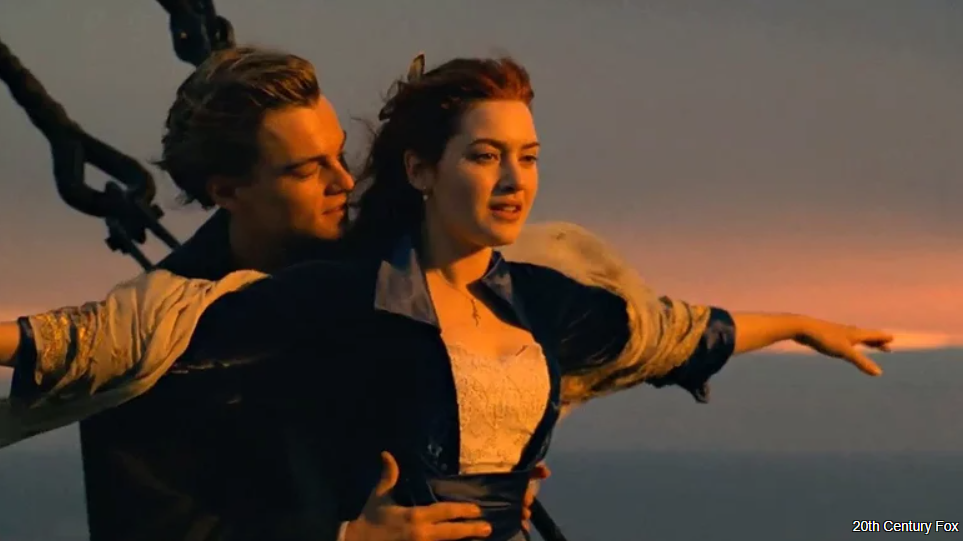 "Titanic" is returning to theaters in February for its 25th anniversary.Paramount Pictures

The debate has gone on for years. Could Jack have fit on that door with Rose and survived the sinking of the Titanic? Well for lovers of the 1998 movie “Titanic,” you’ll get another chance to see it in theaters. This time fully remastered in 3D 4K HDR.

The movie is being rereleased on Feb. 10 for the 25th anniversary, Paramount Pictures announced. Along with the news also came a new movie poster and new trailer.

Starring Leonard DiCaprio and Kate Winslet as Jack Dawson and Rose DeWitt Bukater, the movie tells the story of the ill-fated lovers set aboard the doomed RMS Titanic in 1912. Directed by James Cameron, the historical-romance epic won a record 11 Academy Awards.

The film held the No. 1 box-office spot for 15 straight weeks and became the highest-grossing movie of all time, earning $2.2 billion worldwide.

Titanic returns to the big screen in 4K 3D for a limited time on February 10. pic.twitter.com/cuhO6dMQc7